CHESTERFIELD COUNTY, Va. (WTVR) — Kitty Snow is digging through a mountain of photos. Lots of photos. More than five thousand snapshots. Images of Richmond from a century ago.

“I’ve been working on this for five years and I am only scratching the surface,” she said.

CBS 6 says the pictures were taken by Harry Stilson who was a trolley operator who captured people and places along his route through Jackson Ward and beyond. The shutterbug also just happened to be Kitty Snow’s great-grandfather. 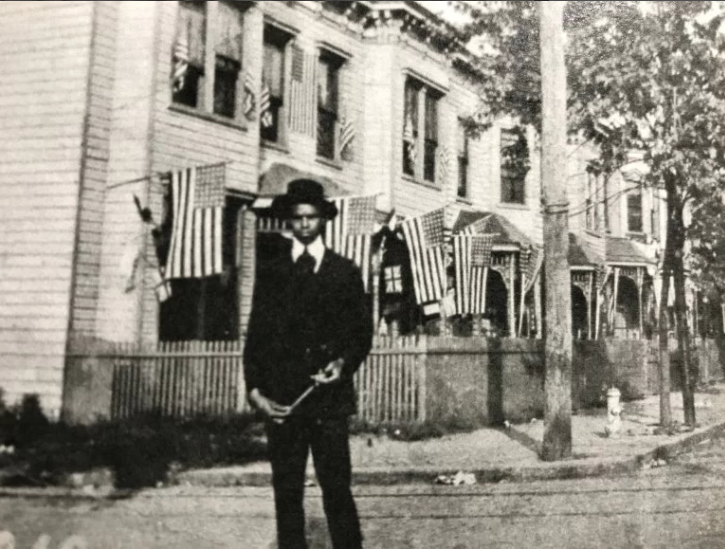 “He took pictures of anything that was interesting to him,” said Snow. “I had no idea that the balance of what existed was in my aunt’s basement.”

The unsuspecting real estate broker from Chesterfield inherited this treasure a few years ago.

She said her ancestor rarely left home without his camera.

“My Grandfather took a picture of the Church Hill Tunnel before it collapsed,” said Snow.

Stilson developed a knack for photographing and documenting everything from immigrant storekeepers in Fairfield to submarines in the James.

“I feel honored that I have these,” added Snow.

Only 10 percent of the photos are labeled.

“You look at that and say I know that building but I got to drive around Richmond to know where the heck it is,” said Snow.

“He was a real eccentric and a radical for his time,” said Snow.

Another favorite subject of Stilson was the soldiers of WWI including his son Leon. Leon – Snow’s great-uncle – would not return from a battlefield in France. The city’s human sacrifice is featured prominently in Snow’s latest book a collection of Stilson’s snapshots: “From Richmond to France”.\

Harry Stilson didn’t just take still photos. He often carried a movie camera too. Rolling on typical street scenes like friendly workmen shoveling piles of snow in front of the John Marshall Hotel on 5th Street downtown during the 1920s.

Harry also captured dozens of children gathering outside the Byrd Theatre in Carytown. Stilson also trained his lens on a bustling Broad Street near Sixth Street Marketplace at Christmas.

“This is just a little piece of what my great-grandfather’s collection was,” said Snow. “This journal is a snapshot of what life was like in Richmond 100 years ago.”

Cameras, glass negatives and journals and thousands of prints.

“When I tell people that I have more than pictures. I have memorabilia like you wouldn’t believe,” said Snow.

This is a visual goldmine that’s hard to quantify.

“They will go to a library or museum of some sort. I don’t know how that will happen in the end, but they’ll be shared,” she explained.

Kitty Snow making sure her great-grandfather’s vision comes into focus for a new generation of Richmonders.

Snow regularly gives lectures and shows her great-grandfather’s photos and home movies. If you would like to learn more and details about her new book.