CNN has learned new details about Wednesday’s ambush in the northwest African country of Niger, an attack that left four US soldiers dead and two wounded.

The new information comes from preliminary after-action interviews that US military officials conducted with survivors of the firefight, information that was shared with CNN by a US defense official.

The Green Beret-led team said that they had just completed a meeting with local leaders and were walking back to their unarmored pick-up trucks when they began taking fire from small arms, machine guns and rocket-propelled grenades.

Some of the soldiers who attended the meeting with local leaders said that they suspected that the villagers were delaying their departure, stalling and keeping them waiting, actions that caused some of them to suspect that the villagers may have been complicit in the ambush, according to the defense official.

While the soldiers were attending the meeting with the local village leadership, the rest of the 12-man team was waiting outside, guarding the vehicles that the US troops were using. The ambush by some 50 ISIS affiliated fighters took place while the two groups of US soldiers were still separated, meaning it occurred during what one official described as their “most vulnerable point.”

With their vehicles exploding all around them, US soldiers, including multiple Green Berets, ran for cover, and armed only with rifles, began returning fire, killing some of the attacking militants.

During the firefight, one of the team members who was killed, Sgt. La David Johnson, became separated from the rest of the group. Officials still do not know how Johnson became separated and his body was missing for nearly 48 hours.

US officials told CNN Thursday that French military Super Puma helicopters evacuated the wounded Americans along with those killed in action.

French military attack aircraft also flew to the area in an attempt to support US personnel on the ground but multiple officials told CNN that the government of Niger does not currently permit airstrikes on its territory.

Multiple officials told CNN that the Trump administration is talking to the Nigerien government about a potential imminent US military action to hit back at the militant group that killed the American soldiers.

Officials also said that the French military is leading an investigation to gather intelligence about the perpetrators of the attack.

A spokeswoman for the French Ministry of Defense told CNN Thursday that French troops from the Barkhane anti-terror force based in neighboring Chad were involved in an operation in Niger. She said the operation was led by Niger with French troops supporting them.

“We do have information on the group that did it, their nature, their disposition and so on and so forth and appropriate organizations within the United States Military are digging deeper into that and will take appropriate action if required,” Army Chief of Staff, Gen. Mark Milley, told reporters Monday on the sidelines of the Association of the United States Army’s annual meeting in Washington.

“We are resolved and stalwart in our efforts to go after those who attacked us,” US Africa Command Spokesman Army Col. Mark Cheadle told reporters at the Pentagon Friday via a phone call.

The incident raises questions about the quality of intelligence being used by the US military to assess the threat in this remote part of Niger.

One official told CNN that the military’s intelligence said it was “unlikely” that the team would run into enemy forces.

“This was not expected,” Cheadle said.

“Had we anticipated this sort of attack we would have absolutely devoted more resources to it to reduce the risk and that’s something we are looking at right now,” he added.

Military officials have acknowledged that the incident is under investigation and that security procedures for teams operating in Africa are in the process of being reviewed.

“(US Africa Command) is reviewing very closely the security procedures that they’re using for these teams that are there in Africa and they’re evaluating the mission, enemy, terrain, and time, all of that, to come up with appropriate risk mitigation factors,” Milley said.

The US soldiers were part of a team advising and assisting about 30 Nigerien troops. Five Nigerien soldiers were also killed in the attack, according to Nigerien officials.

“We are training, advising and assisting indigenous armies all over the world. And I anticipate and expect that will increase not decrease in years to come,” Milley said Monday. “But it is a dangerous mission,” he added.

3 US troops killed in ambush in Niger 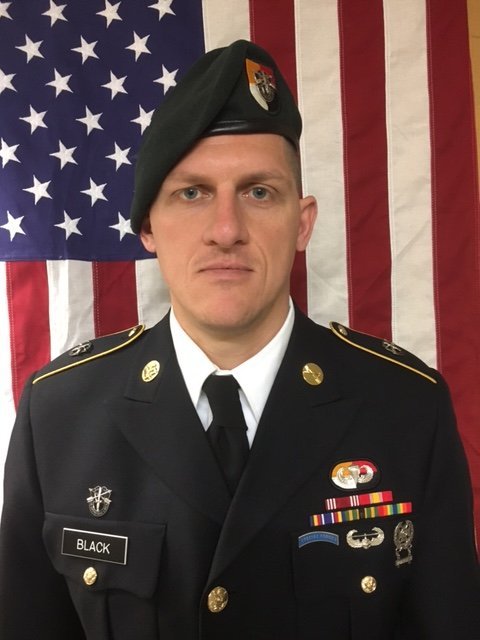