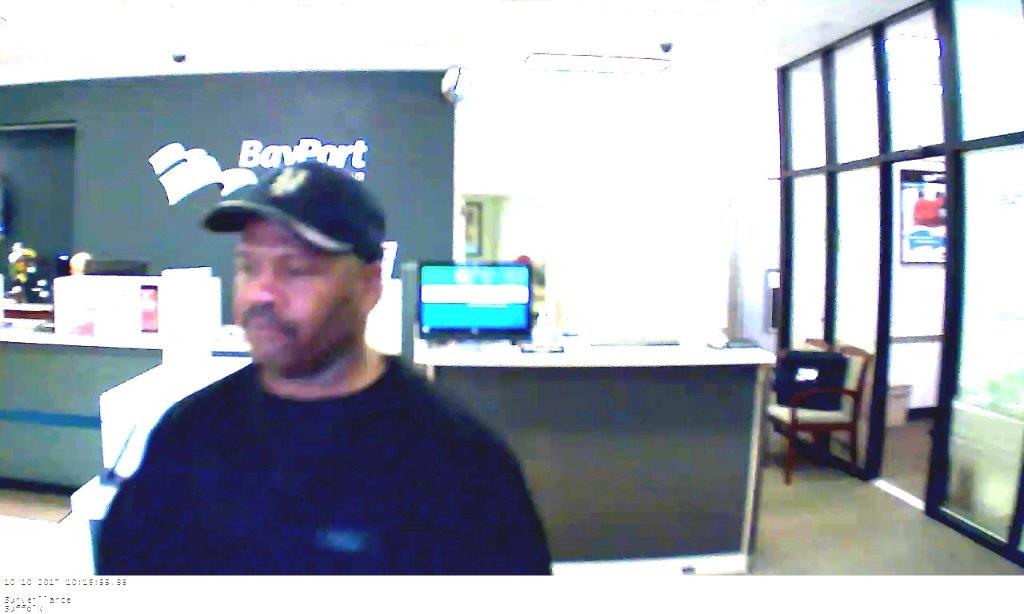 SUFFOLK, Va. – Police in Suffolk have made an arrest involving a bank robbery at the BayPort Credit Union in the 1400 block of North Main Street earlier Tuesday morning.

Officials say that they have arrested Christopher Eugene Belfield, age 53, of Suffolk, was arrested Saturday afternoon on a charge of Robbery and is currently being held without bond at the Western Tidewater Regional Jail.

Police received a call at 10:20 a.m. about man who came into the bank and handed the teller a note demanding money.  The man ran off after receiving the cash.

This is still an ongoing investigation.