USS Ponce to be officially decommissioned on October 14 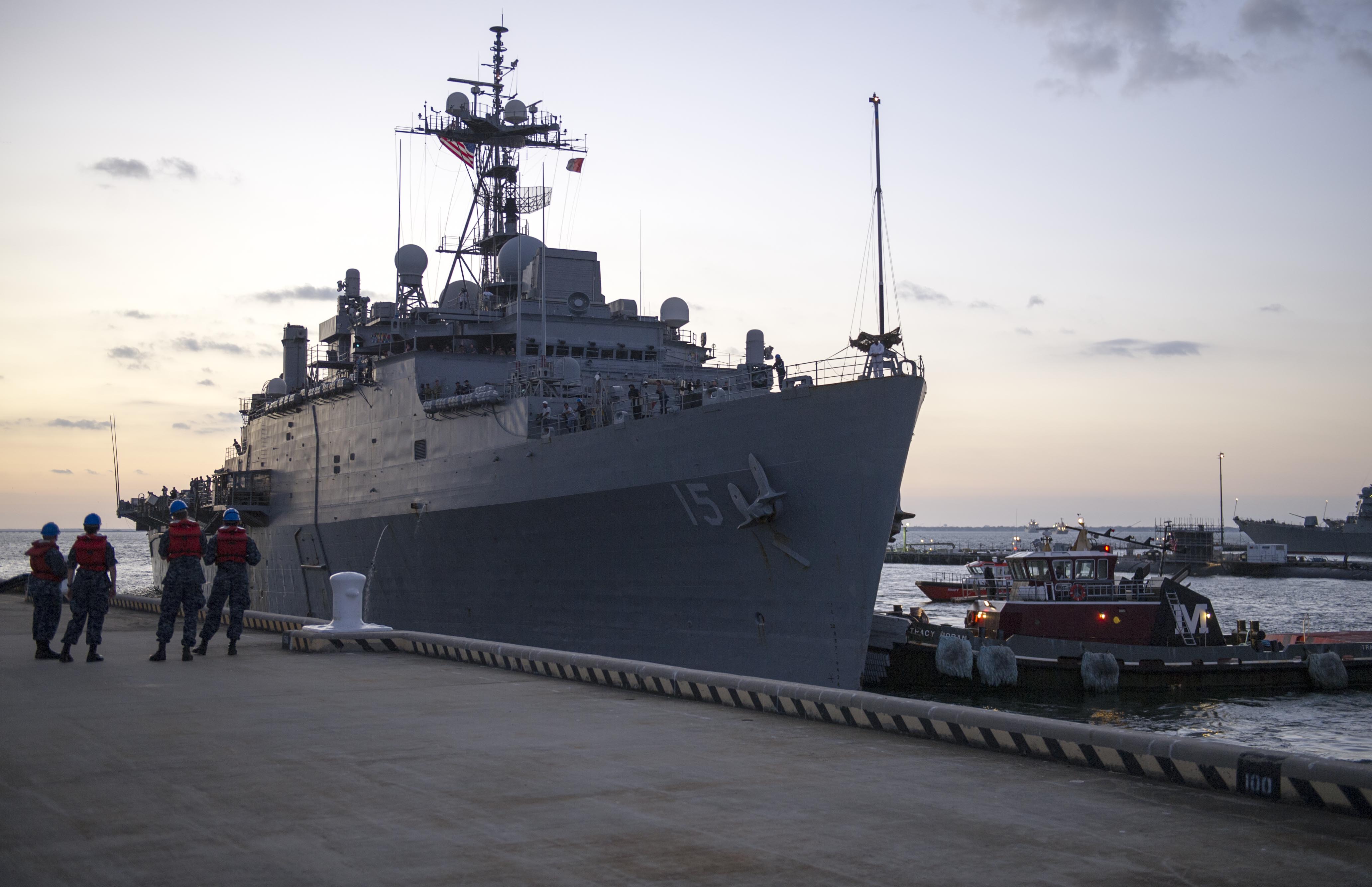 NORFOLK, Va. – The USS Ponce (AFSB(I) 15) will be officially decommissioned in a ceremony at Naval Station Norfolk on October 14.

The Ponce returned to Norfolk on September 27 after being forward deployed to the 5th Fleet for the past five years.

USS Ponce was originally scheduled to be decommissioned in early 2012, but those plans were canceled and the ship was transferred to Military Sealift Command to be modified into an Afloat Forward Staging Base.

The ship left Norfolk in 2012 and has remained in the U.S. Navy’s 5th Fleet area of operations since then.

The USS Lewis B. Puller now has taken over responsibilities as the area’s Afloat Forward Staging Base.