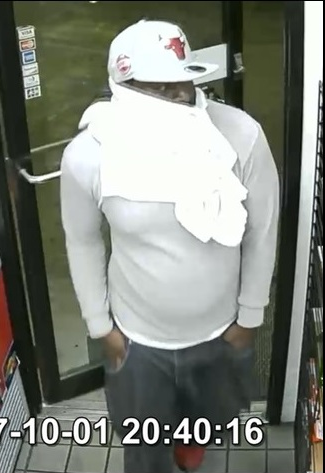 NORFOLK, Va. – Norfolk Police are looking for a man wanted in connection to three armed robberies that have occurred at area gas stations recently.

The robberies occurred at the following:

In all three robberies, the man walked into the gas station armed with a gun and demanded money from the employee. All three employees complied with the demands and no one was injured.

The suspect is described as a black man in his late 20s to early 30s. He is approximately 6′ tall and roughly 200 pounds. He is wearing a Chicago Bulls hat in surveillance images from all three robberies.

If anyone has any information that will help police, they’re asked to call the Crime Line at 1-888-LOCK-U-UP.