Singing with another woman’s lungs 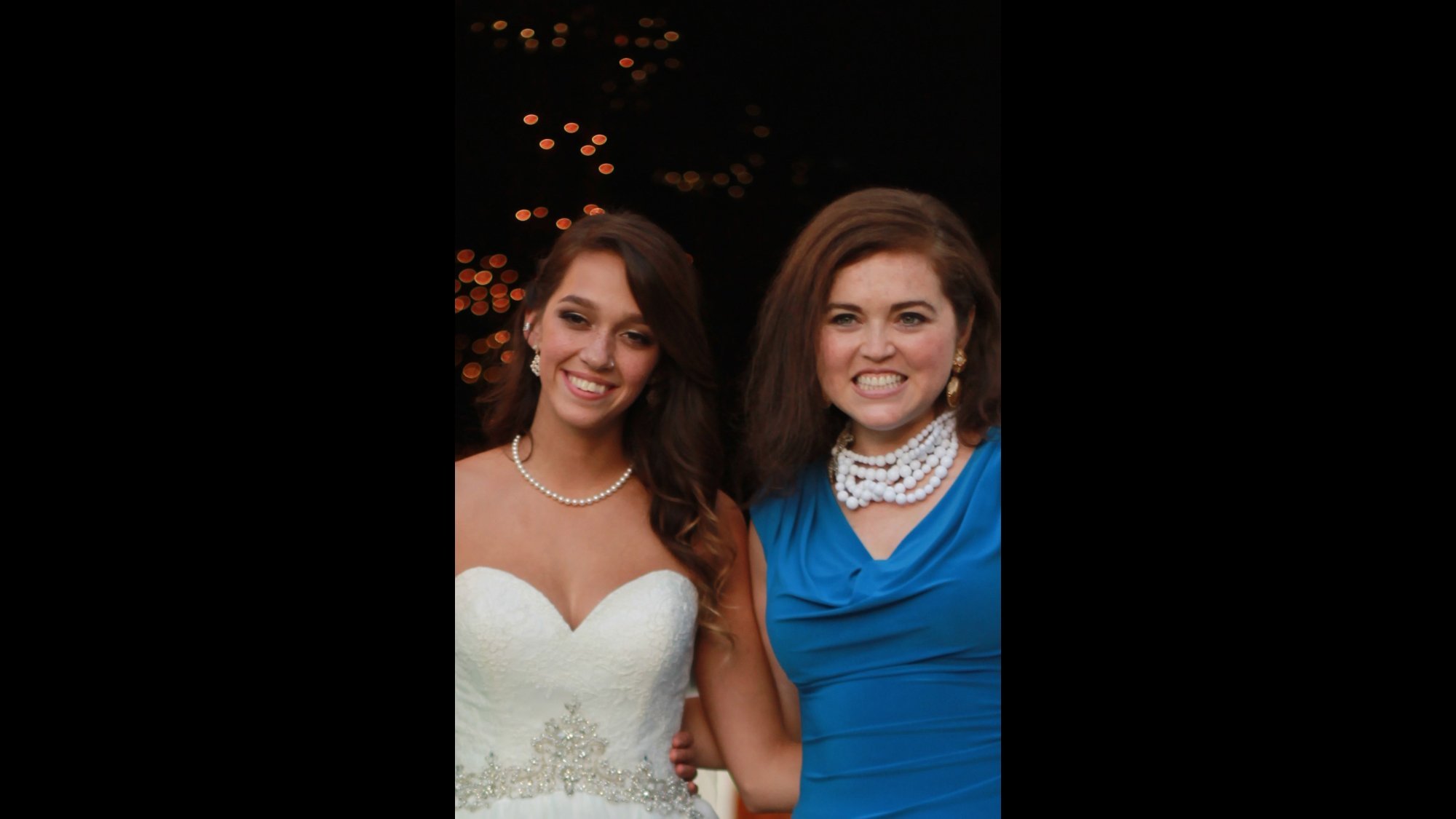 This fall, renowned soprano Charity Sunshine Tillemann-Dick will inhale deeply, filling her new transplanted lungs with air, and sing. Performing alongside her will be Esperanza Tufani, a 24-year-old restaurant manager in Ohio. Tufani’s mother was the donor for Tillemann-Dick’s lungs.

“It will be a coming together for what was and what is,” Tillemann-Dick said. She received the lungs of Tufani’s mother, an immigrant from Honduras, in a transplant operation in 2012. Tufani’s mother died of a stroke at 48.

The transplant sparked a friendship between the opera singer and the young woman she met a year after her surgery.

“Singing with Charity … it’s just something I can’t really describe. The thought of me singing with my mother would be amazing, but since that’s not possible, still in a way getting to do that through Charity is just … it’s just an incredible feeling,” Tufani said.

Now 34, Tillemann-Dick has gotten fame and acclaim alongside the physical and emotional toll of two separate double lung transplants.

In 2004, she was diagnosed with advanced idiopathic pulmonary hypertension, a rare and potentially fatal condition that affects the heart and lungs. At the time, she was studying at the renowned Franz Liszt Academy of Music in Budapest, Hungary. Her doctors told her to stop singing, but Tillemann-Dick refused. She attempted to avoid a transplant by having a prescribed liquid medication pumped directly to her heart through a tube in her chest, 24 hours a day.

Tillemann-Dick wanted to keep the lungs she had worked tirelessly for years to train. Her vocal cords could be damaged in surgery, and there was a very real chance she would never sing again. Even if the procedure went perfectly, she would have to learn how to sing with the new lungs.

But in 2009, her condition deteriorated drastically, and Tillemann-Dick could no longer avoid a transplant. In the nearly 14-hour surgery, she had 40 quarts of blood transfused into her body. She was put in a medically induced coma for 34 days.

“After I woke up from my first surgery, I had this tremendous guilt and sadness for my donor,” Tillemann-Dick said of her first transplant in 2009. “I felt terrible for their family and for everything that they had endured.”

Then, her body rejected the transplant after years of brutal recovery. Tillemann-Dick was almost certain she was going to die. “Second transplants are very rare,” she said. Six months in the hospital waiting for a donor were excruciating, and she started having conversations with God as she prepared to die.

“I didn’t feel like my life was ready to be over,” she said.

But in 2012, she matched with another registered donor: Tufani’s mother, Flora Brown. This time, the lungs took, and within a week of the procedure, she was breathing on her own.

“But when I woke up from the second transplant, it was different,” she said. “I felt this intense, all-encompassing gratitude for this family and these people and this woman whose life I was carrying forward.”

She was out of the hospital in March 2012 and had her first performance at the Indianapolis Opera in May, just months later.

Despite doctors telling her she would never sing opera again, her debut album, “American Grace,” reached No. 1 on Billboard’s traditional classical charts in 2014.

In 2012, she wrote a letter to Brown’s family, telling them what the new lungs meant to her.

At first, she didn’t hear anything back. Her letter went through the hospital and then the United Network for Organ Sharing and Lifebanc, which gave Brown’s family the option of collecting the letter. Per network regulations, Tillemann-Dick could sign the letter with only her first name and couldn’t include information about where she lived, how old she was, the name of her surgeon or hospital, or any contact information.

Later that year, Tufani hosted a group of people from her church for a retreat at her home. She took out the letter and read it aloud to everyone. Unknown to Tufani at the time, one of the women in the group was also a friend of Tillemann-Dick’s.

The letter began, “Dear family, it may seem awkward for me to address you as family, but I feel related to you in a very literal way.” Before Tufani finished reading the letter, their mutual friend recognized who it had to be from. She immediately connected the two over Facebook Messenger.

Tillemann-Dick and Tufani have since become close friends, and Tillemann-Dick attended Tufani’s wedding in 2015. “We talk on Instagram all the time,” she said.

Recently, they reunited in Ohio and sang “The Star-Spangled Banner” and “O Holy Night,” recording themselves to see how their voices sound together. Tufani works full-time managing a fast food restaurant, but she loves to sing at her church.

Tufani, who was born in Ohio, said she only remembers her mother from when she was very young, before her parents split. When her mother died of a stroke, Tufani met family members she had never seen before at the hospital when they all received the call.

“Like any girl who doesn’t have a mom, you want to know them,” Tufani said. “It was overwhelming when she passed because it was the first time (in a long time) that I had even seen her, at the hospital.”

Tillemann-Dick’s health struggles have continued. Transplant patients, because of years of immunosuppressant medications, are at significantly increased risk for all types of cancers. Last year, Tillemann-Dick had a cancer of the parotid gland, which led to chemotherapy, radiation and doctors removing the gland, along with part of the facial nerve. The cancer has not returned.

Tufani said she has read Tillemann-Dick’s letter to many people, to show them what organ donation can do. She said, “Organ donation gives people like Charity a second chance at living their life.”

Now, Tilleman-Dick is singing with a new purpose in life and has partnered with Donate Life to launch a social media campaign called the Donate Life #MyEncore Challenge. The goal is to encourage organ donor signups and have people share their stories of being given second chances at life.

Her memoir “The Encore” is about the second chances she’s been given. It was published in October.

Tufani is always encouraging people to sign up to be an organ donor.

“To me, it’s just been such a blessing, because it’s almost as if she didn’t die for nothing. She died but gave people life, and it’s such a beautiful thing to see life come from a situation like that,” Tufani said.