The monument is located in the 400 block of E. Main Street and has recently been the subject of some controversy. Since 2015, petitions have been made to remove the monument. State code currently prohibits moving the statue, but Mayor Kenny Alexander has announced plans to make a recommendation to Norfolk City Council that the monument be moved to a more suitable location to honor the Confederate war dead.

Norfolk City Council says if the Attorney General will allow them to legally move the statue, it will be moved to Elmwood Cemetery.

The monument has stood in the center of Main Street since 1907.

Virginia attorney general says some Confederate monuments may be moved 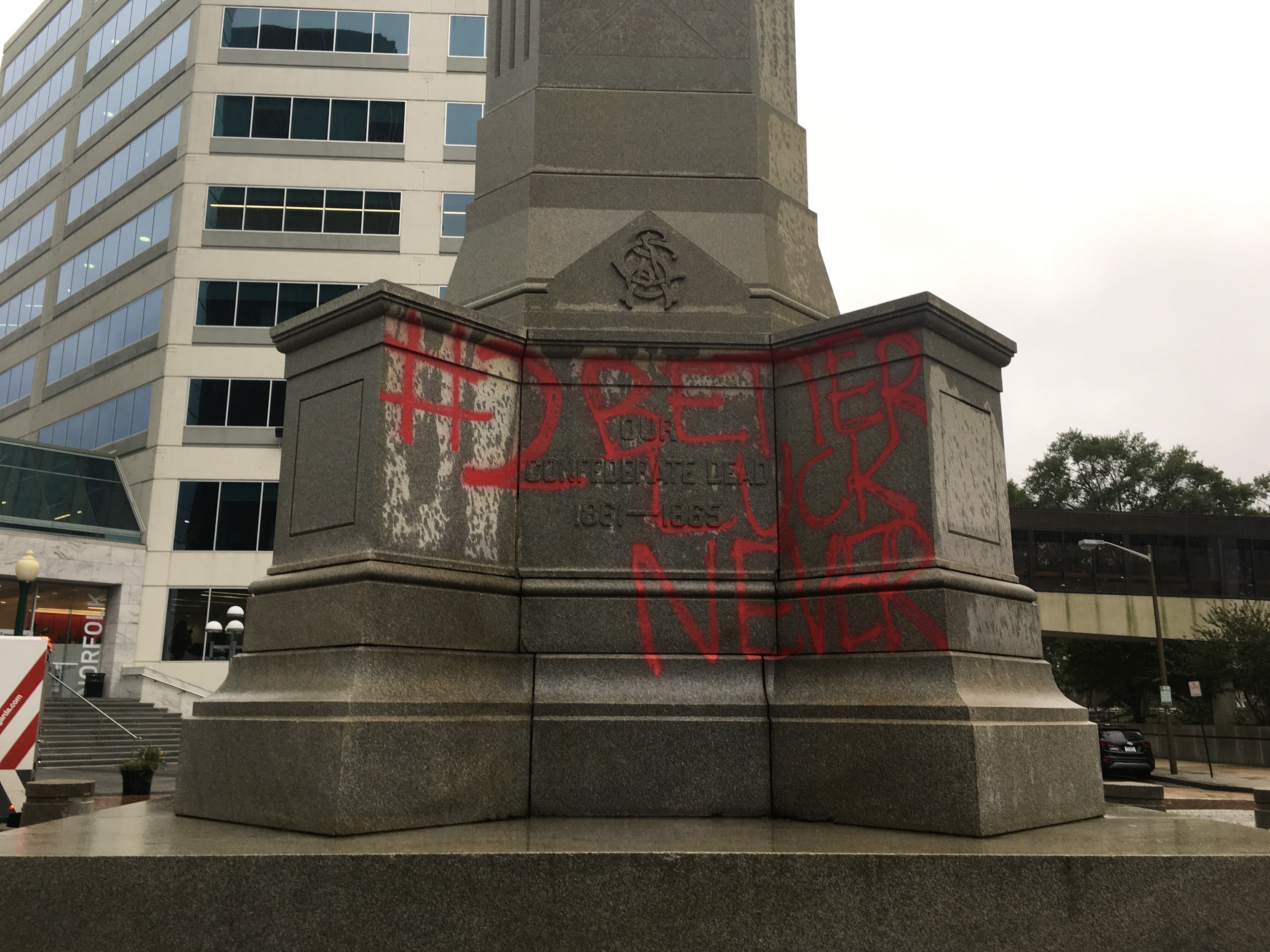