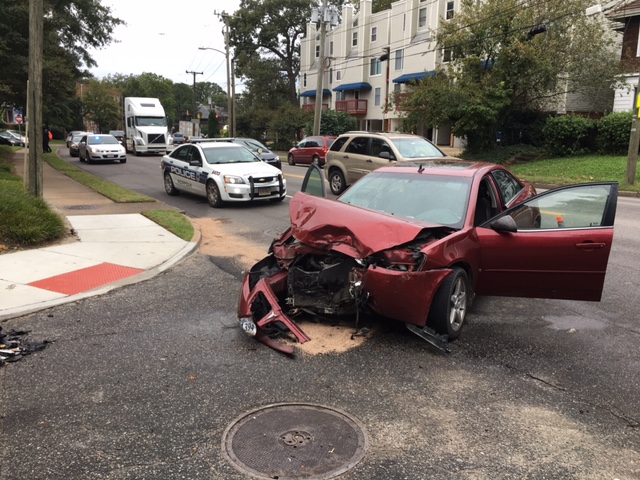 A NPS bus was traveling south in the 1400 block of Hampton Blvd., when the crash happened.

Police said the driver tried to make a left turn onto Baldwin Ave., across traffic when it collided with a Pontiac.

The bus had 32 students on board at the time from Rosemont Gifted Academy.

One student sustained non-life threatening injuries and was taken to a local hospital by a parent for evaluation, police said.

The driver of the Pontiac was taken to Sentara Norfolk General Hospital with non-life threatening injuries.

Police said the bus driver has been charged with failure to yield.