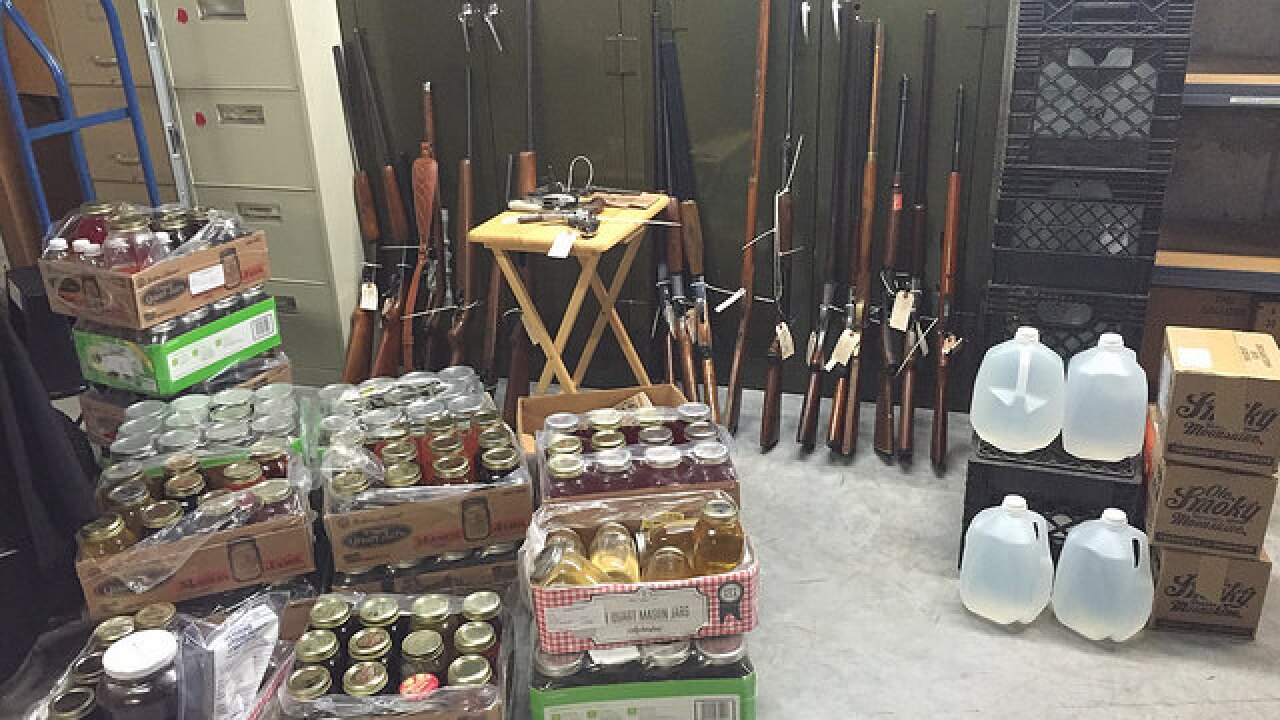 JONESVILLE, Va. – Winston Delano Terry, 73, is expected to face multiple felony and misdemeanor indictments in relation to a moonshine bust.

Officials with the Virginia Department of Alcoholic Beverage Control say Terry was caught selling moonshine in Virginia and Tennessee.

ABC special agents got a warrant to search Terry’s residence in the 700 block of Flatwoods Road in Jonesville.

“The bust was the direct result of information supplied by the Tennessee Alcoholic Beverage Commission’s Enforcement Section,” said ABC Special Agent in Charge Steve Baffuto. “Our undercover operatives made numerous buys during the past several months, culminating in the enforcement activity.”

Several criminal charges are expected as a result of the four-month investigation.

Virginia ABC Chief Operating Officer Travis Hill complimented Baffuto and his team, saying “This successful law enforcement operation is an excellent example of collaborative policing and the results it can obtain for public safety.”