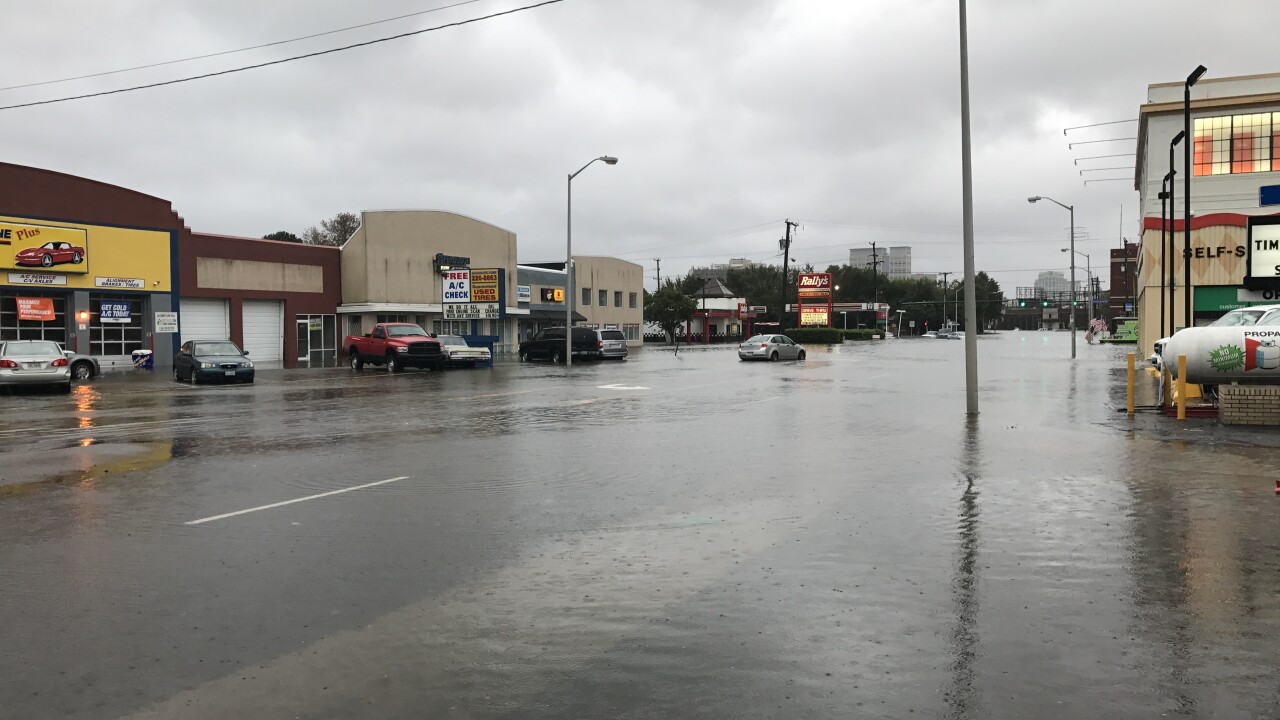 Flooding on Monticello avenue in Norfolk.

The survey, conducted by the ODU Social Science Research Center, asked 908 Hampton Roads residents about a variety of topics, including sea level rise.

The majority of respondents (85.8 percent) believe that flooding in Hampton Roads has increased (60.4 percent) or stayed the same (25.4 percent) over the past 30 years.

Since ODU started doing the survey, the responses to this question have been relatively consistent, but they say 2017 saw an increase in the number of people who believe flooding has increased. In 2016, only 48.9 percent believed flooding had increased. However, 68.6 percent of respondents say recurrent flooding is not a problem in their neighborhood.

Over 70 percent of respondents said they were very concerned (35.3 percent) or somewhat concerned (35.6 percent) about flooding in Hampton Roads, and 61.8 percent strongly agree (16.1 percent) or agree (45.7 percent) that increased flooding due to sea level rise is likely to negatively impact them in the future.

In general, it seems most people do have a concern about flooding and sea level rise and its future impacts on Hampton Roads.

ODU continues to be major researchers of sea level rise and recurrent flooding. The ODU Resilience Collaborative consists of scholars engaged in research, education and outreach on key issues like climate change and sea level rise.

ODU releases study on quality of life in Hampton Roads