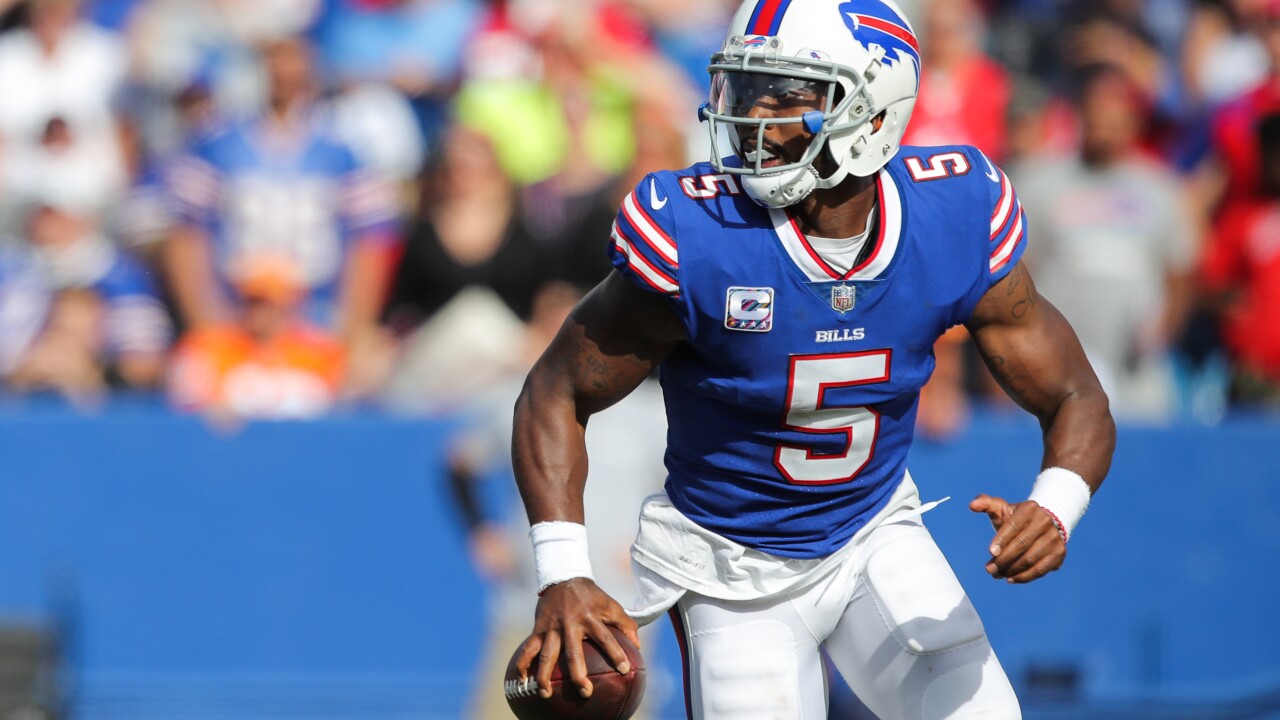 Taylor, the former Virginia Tech standout, threw for a season-high 268 yards in the victory as well as engineering game-tying and game-winning drives in the fourth quarter. His 20 completions move him into sixth place on the Bills’ all-time completions list (616) passing Doug Flutie.

Taylor’s lone touchdown of the game was thrown to fellow Virginia Tech Hokie Logan Thomas – the first of his NFL career on just his second ever catch. Taylor now has a touchdown pass in 25 of the 34 games he’s started.

With today’s win, Buffalo improved to 4-2 on the season and extended its home winning streak to 3 games – the club’s longest streak since winning its final four home contests in 2015.