WILLIAMSBURG, Va. - The 400 block of Duke of Gloucester Street was evacuated Monday after a report of a heat sensor alarm in an HVAC unit was triggered.

According to the Williamsburg Police Department, residents of the building were concerned that Stephen James Powers, the suspect accused of detonating the improvised explosive device near Merchant's Square, performed maintenance on the building last week.

WPD also confirmed that Powers worked for the Colonial Williamsburg Foundation until September and has been with a private contractor since then.

"It wasn't until we saw his picture released that we knew he was someone that had been coming in and out of the building," said Thomas Smith, Vice President of Binns Fashion Shop, which was one of the stores evacuated. "He would stop by on a regular basis just to talk to employees and say 'hello' and check on things...That's the job that that employee did was work on air conditioners."

The building as well as the surrounding area was evacuated and was thoroughly inspected by members of the Newport News Bomb Squad. Nothing was found during the search.

Shortly after 5:30 p.m., police gave the area the all clear. The 400 block is back open after previously having been closed to pedestrian traffic.

The incident was treated with extreme caution given last week's events. 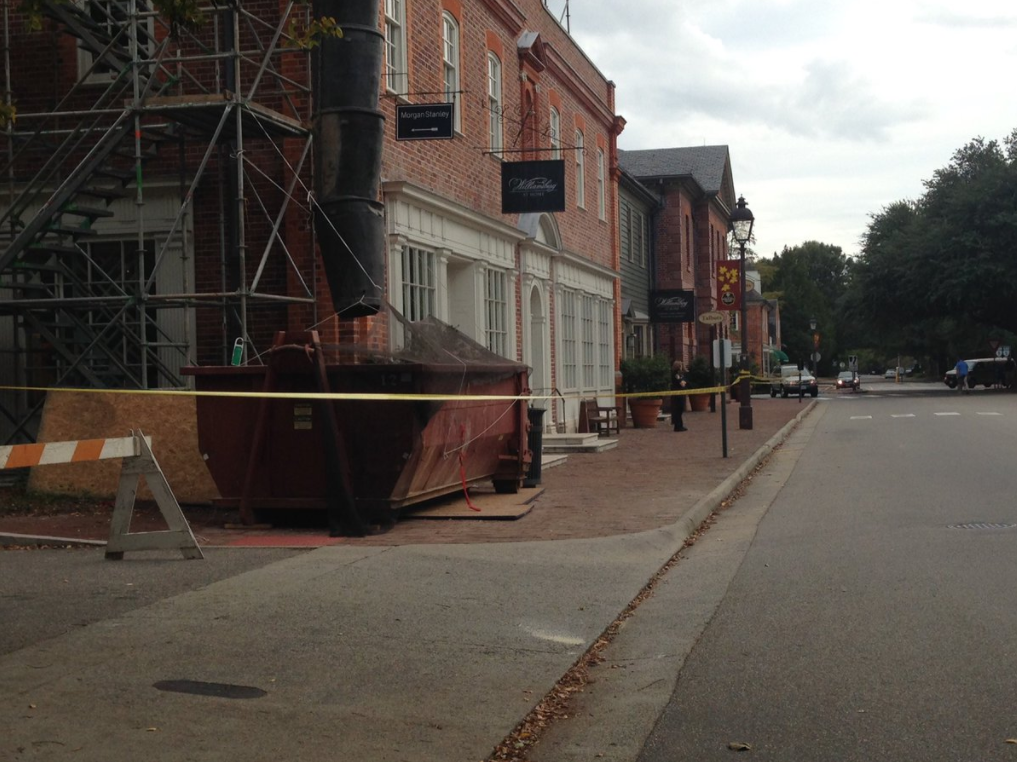