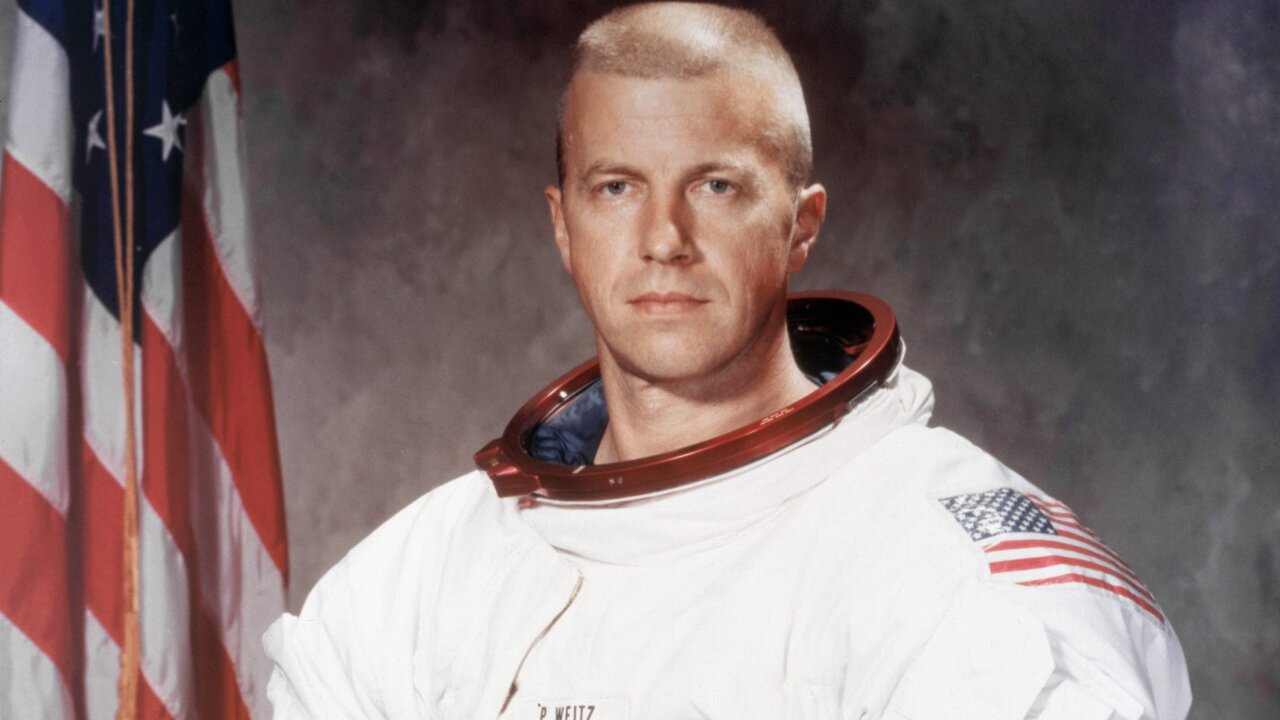 Paul Weitz flew on a Skylab mission and, later, on shuttle Challenger. **This image is for use with this specific article only.**

Former astronaut Paul Weitz, who commanded the maiden voyage of the space shuttle Challenger, has died, according to NASA. He was 85.

Weitz, who was an astronaut for 28 years and logged more than 790 hours in space, had battled cancer, a NASA spokesperson said. The cause of his death Monday has not been disclosed.

“We’re saddened by the loss of retired astronaut Paul Weitz,” NASA said in a statement Tuesday.

The Pennsylvania native was one of 19 astronauts selected by NASA in April 1966. He served as the pilot on the Skylab 2 mission that launched in May 1973. The 28-day flight established what was then a world record for a single mission, according to NASA.

After working with NASA for 22 years, Weitz retired in July 1976 and returned to the Navy. He would later rejoin NASA.

“He was a pioneer. He came out of retirement to fly and that was not commonplace at the time that he did,” said Tammy Sudler, president and CEO of the Astronaut Scholarship Foundation. “So even amongst astronauts, even with people who are in the space community, he is known as one of the good guys.”

Weitz commanded the Challenger when it was launched on April 4, 1983. The Challenger was lost when it exploded shortly after launch in January 1986, killing seven crew members.

Weitz became deputy director of the Johnson Space Center before his final retirement in 1994. He received multiple awards, including the NASA Distinguished Service and NASA Space Flight medals.

Curtis Brown, a former astronaut and current board chairman of the Astronaut Scholarship Foundation, said Weitz proved that age was merely a number when he came out of retirement to serve on the Challenger when he was almost 51.

“Paul Weitz’s name will always be synonymous with the space shuttle Challenger. But he also will be remembered for defying the laws of gravity — and age.”

Weitz lived in Flagstaff, Arizona, at the time of his death.