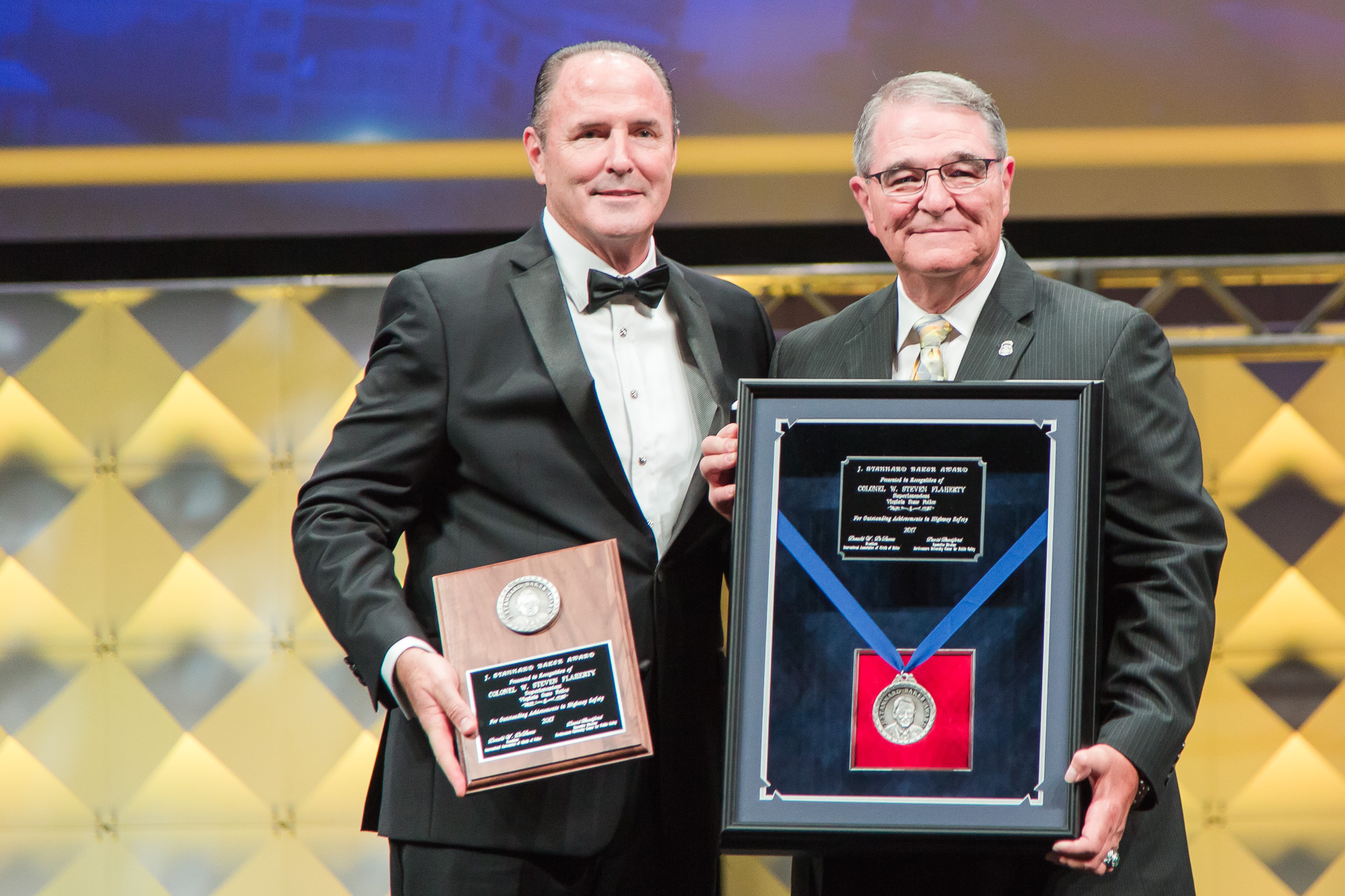 RICHMOND – The Virginia State Police was honored with three awards during the 2017 International Association of Chiefs of Police (IACP) in Philadelphia this week.

Colonel Steve Flaherty received the prestigious J. Stannard Baker Award, which is awarded annually to a law enforcement professional who has made a significant lifetime contribution to highway safety. Col. Flaherty is the Superintendent and a 40-year veteran of the VSP.

The VSP also received two awards recognizing its Help Eliminate Auto Theft (HEAT) program and its support and assistance during a multi-agency investigation into a terrorist threat.