Deputies in Yorktown search for suspects involved in a car burglary 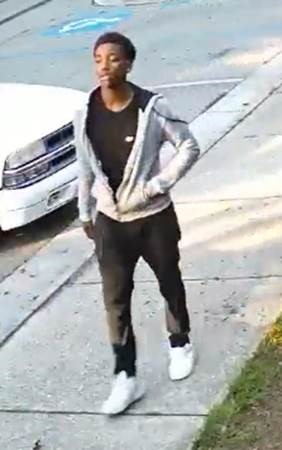 YORK-POQUOSON Co., Va. – York-Poquoson Sheriff’s Office is looking for two men that are suspects in a car burglary.

Deputies say two men, around 5 p.m., entered the parking lot of Commerce Cir. in Yorktown on Oct. 17 and began pulling door handles of parked cars, attempting to break in to vehicles at the business.

While the men were breaking into vehicles, owners of the cars approached the two, which led to a fight in the parking lot.

During this confrontation, the suspect pictured wearing the lighter colored hooded sweatshirt pulled out a gun, but was disarmed by one of the car owners, say police.

The two suspects fled on foot into the city of Newport News.