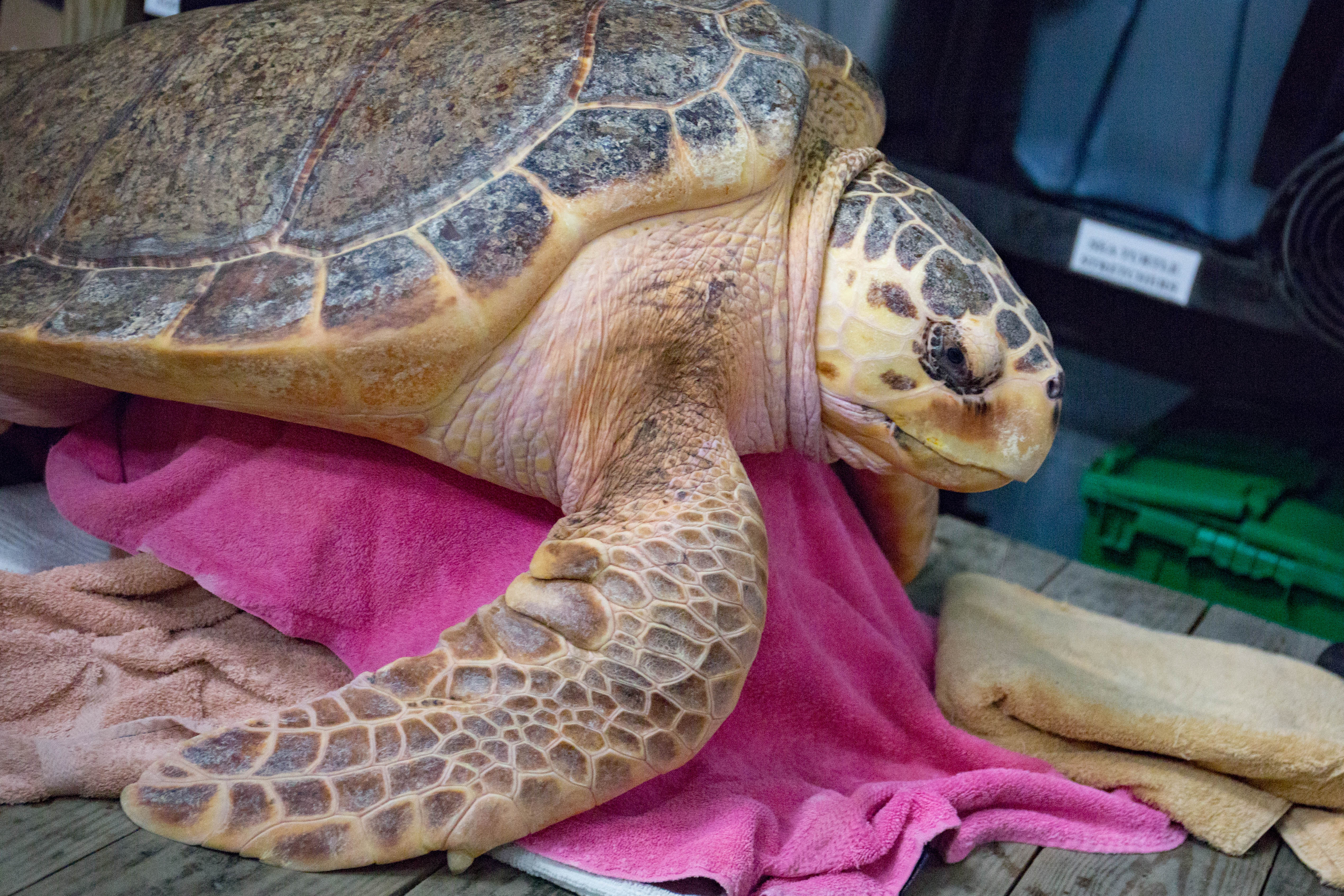 The center’s Stranding Response Team released the turtles at 3 p.m. along the shore behind Neptune’s Park at 31st Street, says VAMSC.

The three turtles released include two of the most common species of turtles to Virginia’s coastal waters: Kemp’s ridley and loggerhead sea turtles.

The turtles names are Piglet, Fuchsia and Indigo, and have been with VAMSC recovering from injuries that they had sustained in the wild.

Piglet, a sub-adult loggerhead sea turtle, who was found and brought to shore by members of the public near the Little Island Pier in Sandbridge on Sept. 17, 2016. Piglet was admitted to the Aquarium’s Marine Animal Care Center for thirteen months of rehabilitation, which included treatment for pneumonia.

Fuchsia, a juvenile Kemp’s ridley sea turtle, was hooked on May 20, 2017 at Buckroe Fishing Pier and admitted to the Marine Animal Care Center with a hook in its esophagus and swelling in the right front flipper. The hook was removed at Beach Pet Hospital; radiographs revealed a fracture of the wrist.

Indigo, a juvenile Kemp’s ridley sea turtle, was hooked by a recreational angler at Lynnhaven Pier on October 14, 2017. Indigo was hooked in the mouth, and the hook was removed by Beach Pet Hospital under sedation.

The aquarium says that all three are doing great and have recovered fully.

The Stranding Response Team urges anyone who sees a stranded, entangled or hooked turtle to call the 24-hour hotline 757-385-7575.

VAMSC says If you do hook a turtle, bring it up onto the pier or boat using a net; do not attempt to remove the hook yourself or cut the line. If you cut the line, leave 2 feet attached. Keep the turtle contained in a quiet, shaded area until Stranding Response Team members arrive.