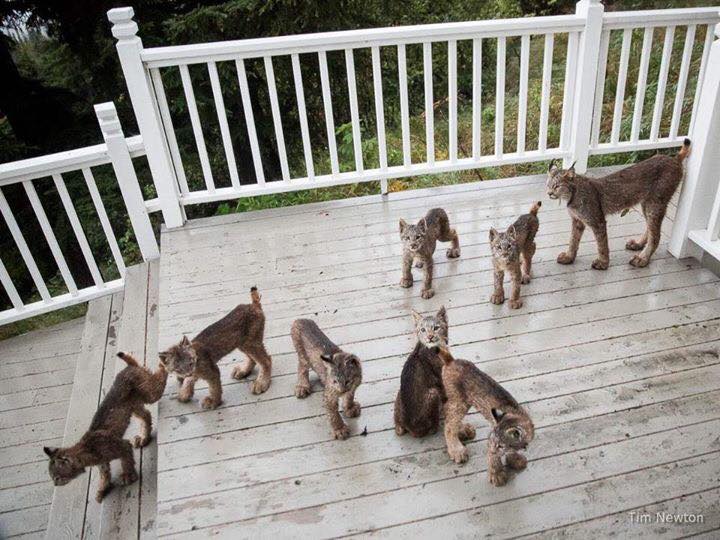 ANCHORAGE – Tim Newton of Tim Newton Photography woke up one morning to find a family of lynx on his porch. Like any photographer would, Newton took out his camera and captured the adorable cats at his home in Anchorage, Alaska.

The photographer posted on his Facebook page that these lynx were found one morning on his porch, and they were hunting for wild rabbits on his property, even leaving behind some carcasses as a gift.

The lynx family included seven cubs and a mama lynx.

The photographer captured the lynx playing on the porch and in his yard for a while that rainy and foggy morning. From the photos, it seems that the cats didn’t mind being photographed while he was there.

National Geographic describes a lynx as a solitary cat located in remote northern forests of North America, Europe, and Asia. Adding that these stealthy cats avoid humans and hunt at night, so they are rarely seen, making this sighting even more intriguing.

Tim Newton Photography plans to make a calendar of the pictures that were taken on the photographer’s sister website RuggedAlaskan.com.