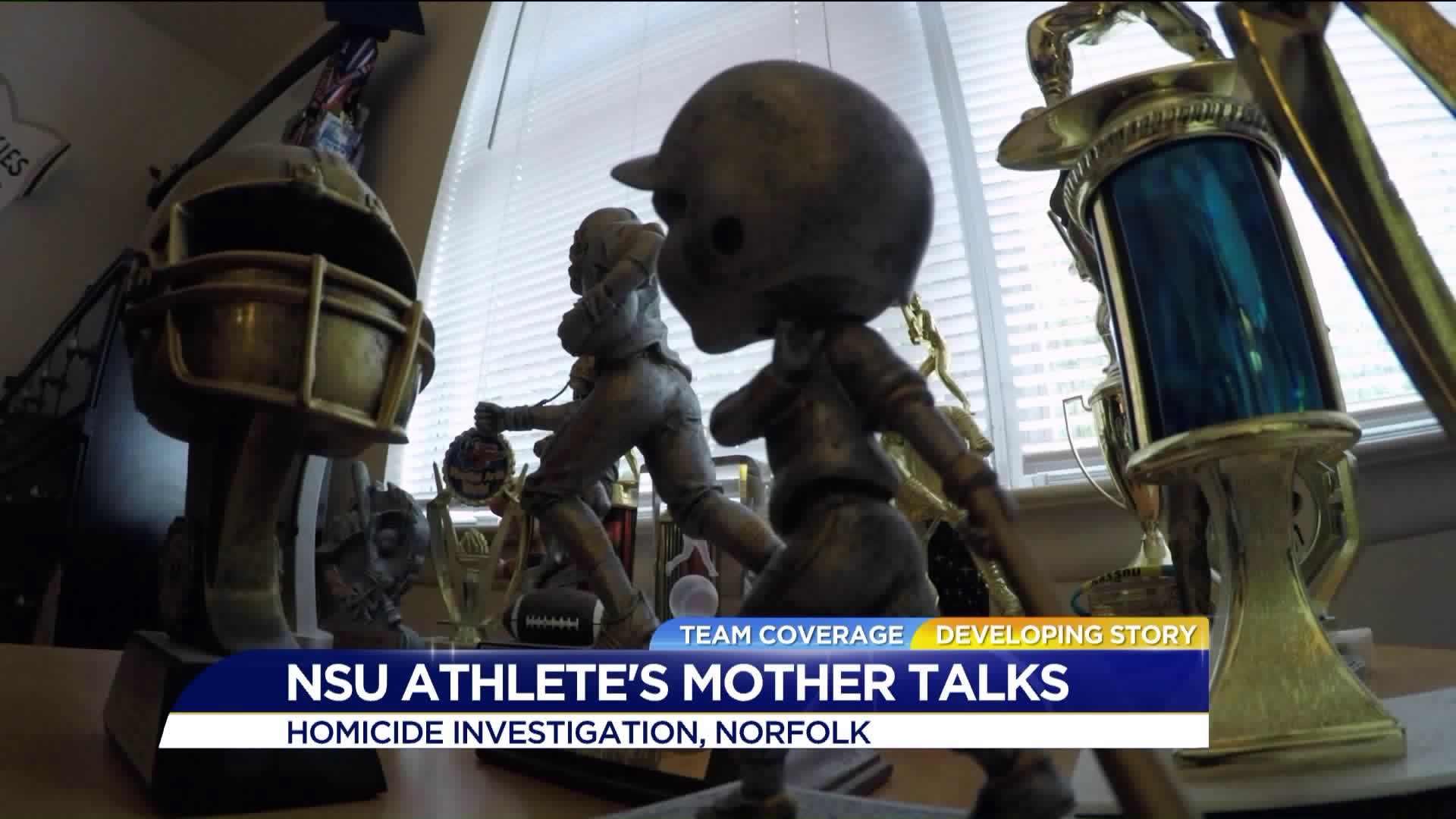 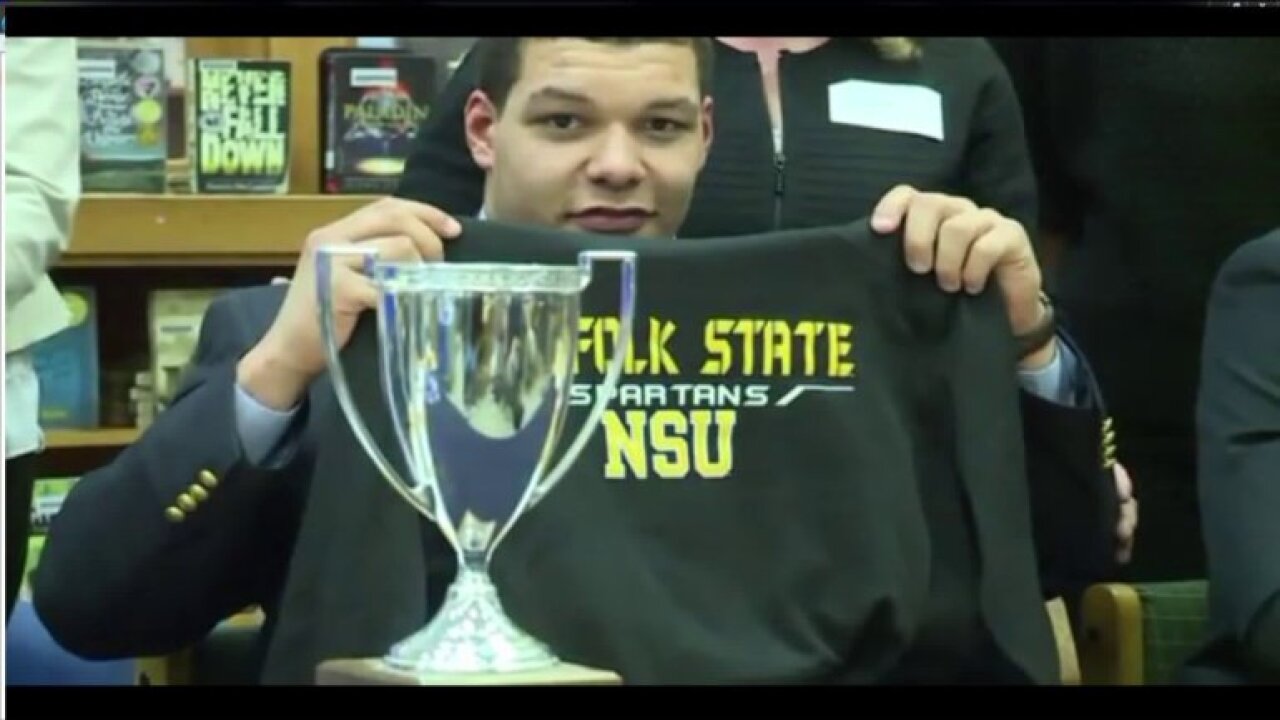 HENRICO COUNTY, Va. - The mother of a former Henrico standout athlete fatally shot in Norfolk is still trying to process the devastating loss.

Ruthina Ackies said some of her cherished memories of her beloved son, Nicholas Jerome Ackies, are deeply rooted in sports.

"All of these were like earned trophies," Ruthina Ackies said pointing to her son's numerous trophies. "And he always said that gave him a sense of

The mother said her son always made his family proud, but not just on the field.

“He was the one that didn't know a stranger. He could talk to any adult or any kid and make them feel warm,” Ruthina Ackies said.

But that joy turned to tremendous pain for the family.

Ackies said her son was coming home from Norfolk State University to hang out with friends at the Freeman High School football game.

When police called her around 11:30 Friday night, Nick was gone.

"What do you mean, he's not with us anymore?" she recalled asking. "Like he's in the hospital? He's not with you on campus? Like this is a bad dream,” Ruthina Ackies said. "I'm angry. I'm numb. I feel like it's a really bad prank."

Norfolk police said the 18-year-old was shot and killed in a Norfolk apartment complex.

Jaquan Anderson, 22, was arrested and charged with second-degree murder.

Anderson also attended Norfolk State University and was a linebacker on the team before graduating in 2016. According to the team's website, Anderson is also from Richmond and played football at L.C. Bird High School in Chesterfield.

Ruthina Ackies said her son was bigger than life, had a smile that could light up a room and was also known to be a protector.

"He was that good guy who would give you the shirt off his back," Ruthina Ackies said. "He would give you the last $10 and then, he would call me later and say, 'Hey mom, do you have some money?' [So he could] get the $10 back that he just gave to somebody else."

Nick was a recent grad of Freeman High School and his mom said he was on his way to football stardom at Norfolk State University.

"He lived in the moment. Everybody saw a big 6 foot 3, 290-pound guy running around on the field or pitching baseball," Freeman’s head football coach Michael Henderson said. "But he was just smiling , laughing and loved just being around sports in general."

Nick's family is now struggling to move forward without him.

"I guess we'll just eventually pack them away (trophies) and show his nieces and nephews about what an amazing guy he was,” Ruthina Ackies said.

A GoFundMe account has been established to help the family with funeral expenses.

He was a son, a brother, an uncle, and friend. Yes an athlete, but also someone who was stolen from those who knew him and the world that would get to know him.

Nicholas, from Richmond, originally from Williamsburg, was born December 30, 1998. He was a criminal justice major and psych and sociology minors at Norfolk State University. He was 18 years old.

Ackies was a standout athlete in football and baseball at Douglas Freeman. He graduated in the spring and attended Norfolk State, where he was a freshman defensive end on the football team and a closing pitcher for the baseball team.

Ackies played varsity football and baseball for three years at Freeman. Though football was his best sport, he showed promise as a baseball player, too. He threw 90 mph as a sophomore and pitched in the region championship game that season.

Ackies was named All-Metro as a junior and senior in football. He hoped to continue as a two-sport athlete. He planned on playing baseball at Norfolk State this spring.