NEWPORT NEWS, Va. - Once a week, Traci Spruill walks her three-year-old golden retriever, named Hunter, around Newport News Park. On Monday afternoon, their usual routine took a turn for the worst when they walked by what appeared to be a friendly stranger.

"He approached us like he wanted to pet Hunter. When I went up to the guy to allow Hunter to be petted, the guy opened his arms and took a knife and swiped at his face," said Spruill.

Spruill said it all happened so quickly. She describes the knife as being six inches long with a black handle. She said because the man swiped the weapon so fast, it looked like the blade was curved.

Fortunately, she was able to pull Hunter back on his leash before he suffered from any serious injuries.

"The person produced a knife and swiped the knife at the dog causing a small cut to the dog's nose. The dog did not require any veterinary attention," says Wayne Gilbert, superintendent of Newport News Animal Services.

The small cut on Hunter's nose has already healed. Spruill went to park rangers right after the incident took place.

"As soon as I went into the place, when I mentioned to them what happened they knew exactly who the guy was. They had mentioned that several other incidents occurred for this guy," said Spruill.

Spruill says her biggest hope is that they find the man who did this, so she and Hunter can go back to their regular walking routine and feel safe once again.

"The Animal Services Division would like to remind both dog owners and people sharing areas with dogs to talk with each other before allowing dogs to approach; communication with each other helps to eliminate misconceptions," Gilbert said. 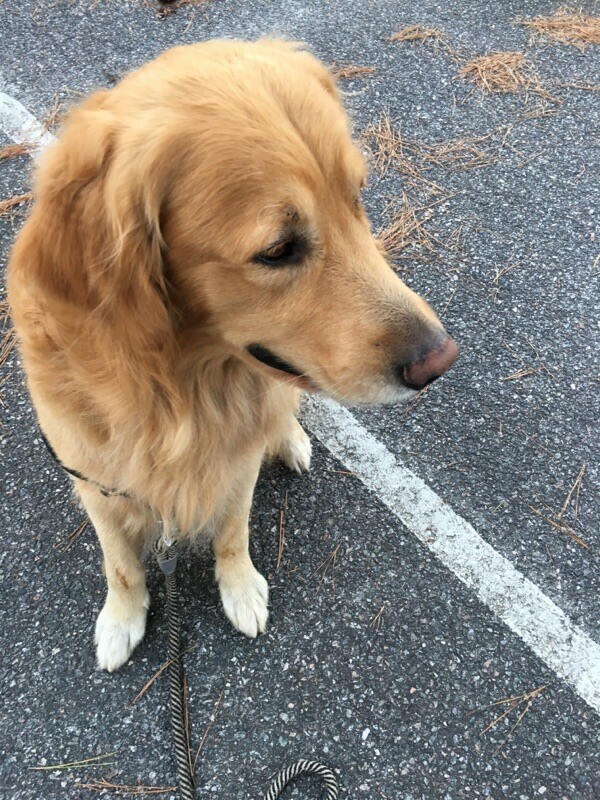