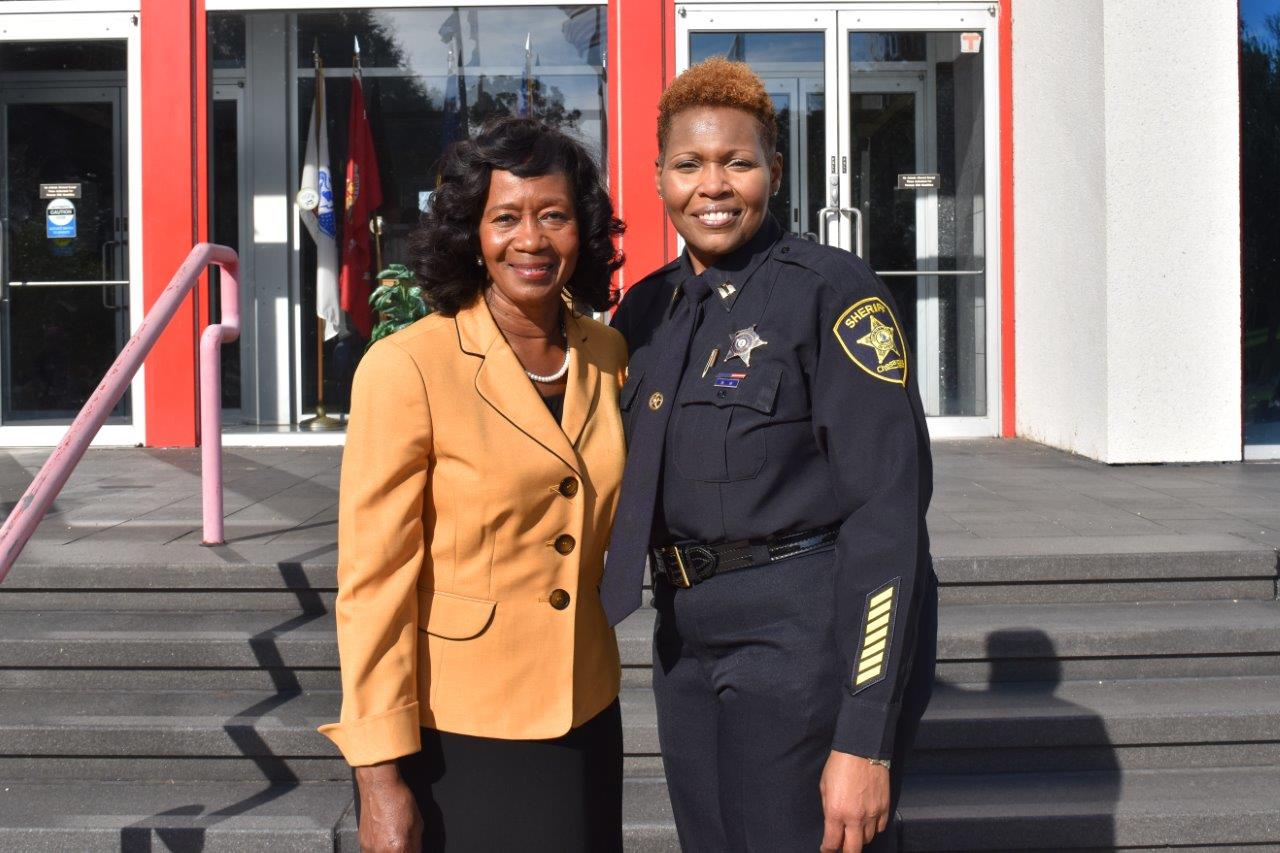 The ceremony was attended by friends, family and fellow deputies that helped honor the accomplishments of those being promoted.

The ceremony was so big, it had to be held in City Council Chambers in City Hall.

Sheriff O’Sullivan and Colonel William C. Bennett, Jr. handed the recipients their promotional plaques and new badges, before loved ones pinned new badges onto the recipients’ uniform for the first time.

“Combined the recipients have 323 years of experience. These promotions are good news to the individuals, as well as to the City. These Supervisors will breathe new life and new energy into each and every section in the Chesapeake Sheriff’s Office,” said the department in a statement.

In addition to its size, this Promotional Ceremony is noteworthy for two other reasons. First, Sheriff O’Sullivan promoted Captain Katrenia Washington making her the first female African-American Captain in the history of the Chesapeake Sheriff’s Office.

Sheriff O’Sullivan also appointed the newly promoted Captain Jennifer Stafford to be the Corrections Commander. She is now the first female Chief of Corrections in the history of the Chesapeake Sheriff’s Office.