You can color the Starbucks 2017 holiday cup 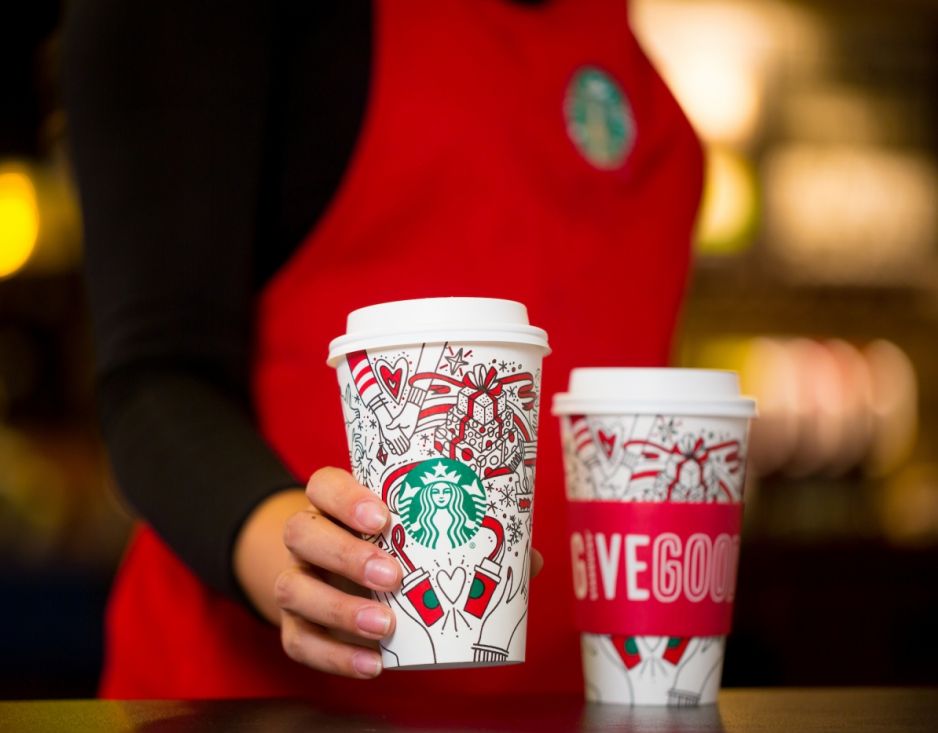 SEATTLE – This year, Starbucks says how you celebrate the holidays is up to you. The coffee retailer unveiled its 2017 design for its holiday cups Wednesday.

How are they different from the ones they’ve released in the past? You can color them in!

The design is Starbucks’ first color-in holiday cup. It starts with hands holding red cups of coffee ( a nod to the recognizable cups that were released in past years) that are connected with swirling ribbons and surrounded with holiday scenes and splashes of red and green.

“This year’s cup is intentionally designed to encourage our customers to add their own color and illustrations,” said Leanne Fremar, executive creative director for Starbucks. “We love the idea of everyone making this year’s cup their own.”

The decision to make this the official holiday cup design for 2017 is no doubt inspired by the fact that Starbucks customers have been decorating their cups for years. Starbucks even held a contest to encourage them to do so.

“I liked the idea of hands as the centering point, a symbol of connection, love and giving joy,” said Kay.

This year’s cup sleeve for hot drinks is red and reads “Give Good,” the theme for the 2017 holiday campaign.

Starbucks’ holiday cups have also been the center of controversy in recent years for perpetuating what has been called the “War on Christmas” by not featuring any holiday-themed designs.

Click here to read the full press release from Starbucks.