USS Kearsarge returns to Norfolk after helping with hurricane relief

"We were headed to help with Hurricane Harvey and obviously Mother Nature got a vote, so we changed our course and we positioned ourselves in such as way that we were able to respond in the U.S. Virgin Islands just after Hurricane Irma passed through that area," Rear Admiral Jeffrey Hughes, Commander, Expeditionary Strike Group 2 told News 3.

The Department of Defense announced that as part of the broader planning effort to transition from hurricane response to hurricane recovery, FEMA and DoD  assessed the need for continuing the use of certain support assets currently assigned to the territories.

They determined, in consultation with the Governor of Puerto Rico, that some Defense Department assets are no longer needed.  Kearsarge was identified as an asset that was no longer needed.

Kearsarge provided a variety of help to the U.S. territories which included route clearance to bring equipment ashore to assist  people affected by the hurricanes. 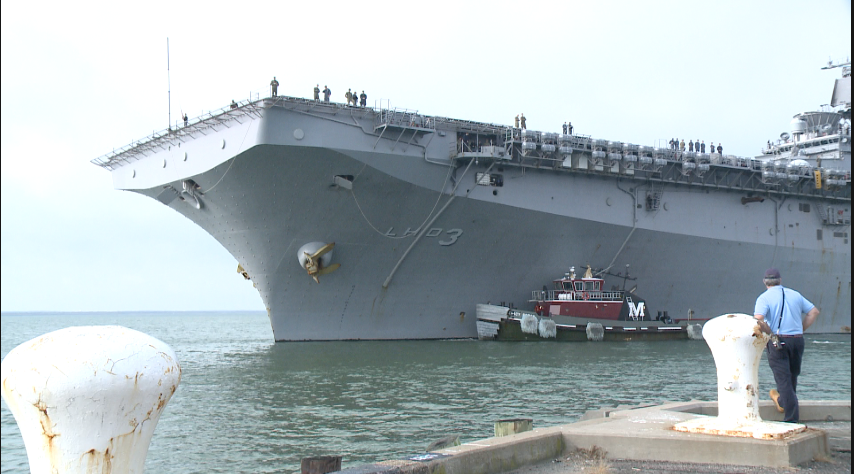