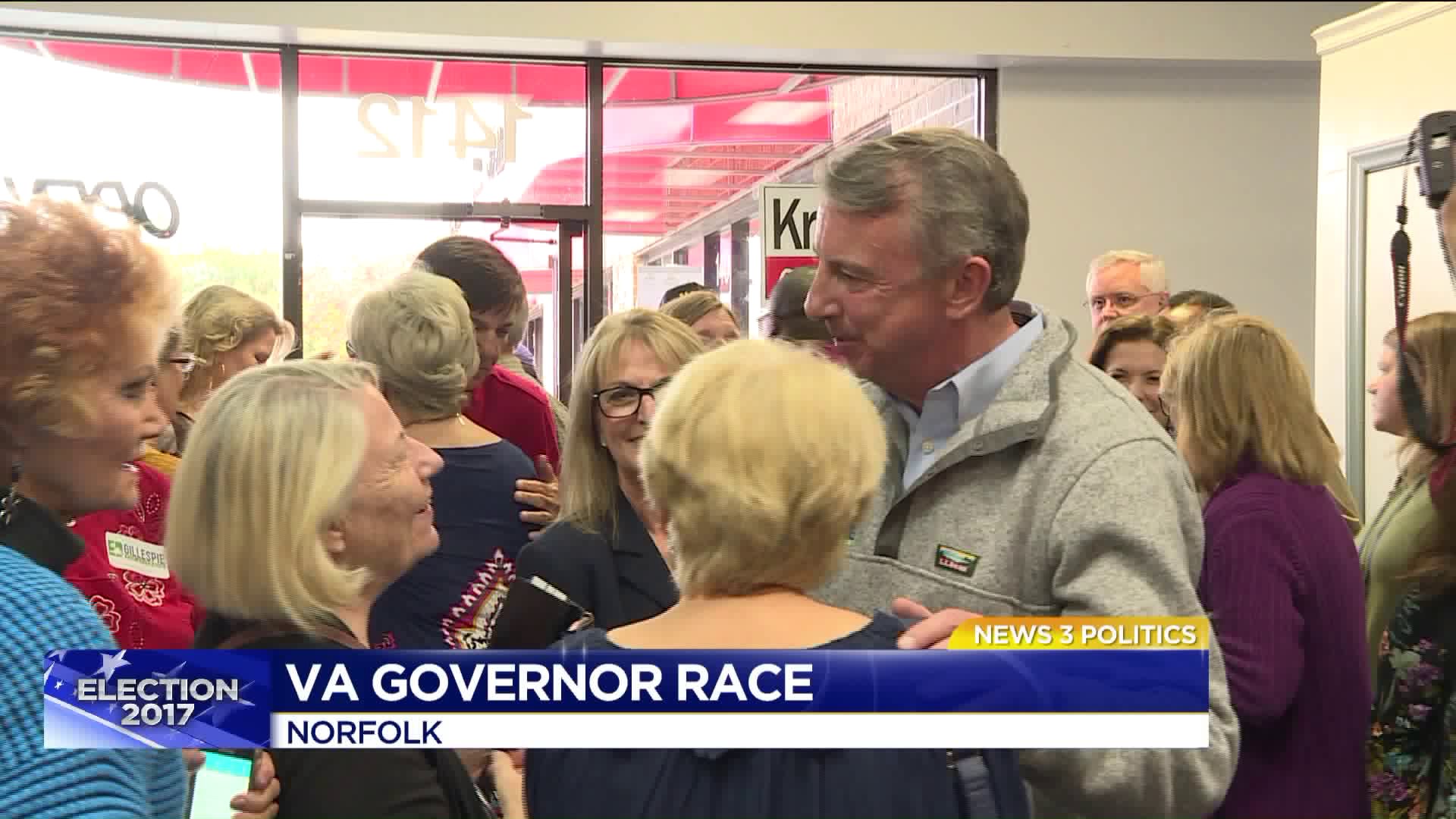 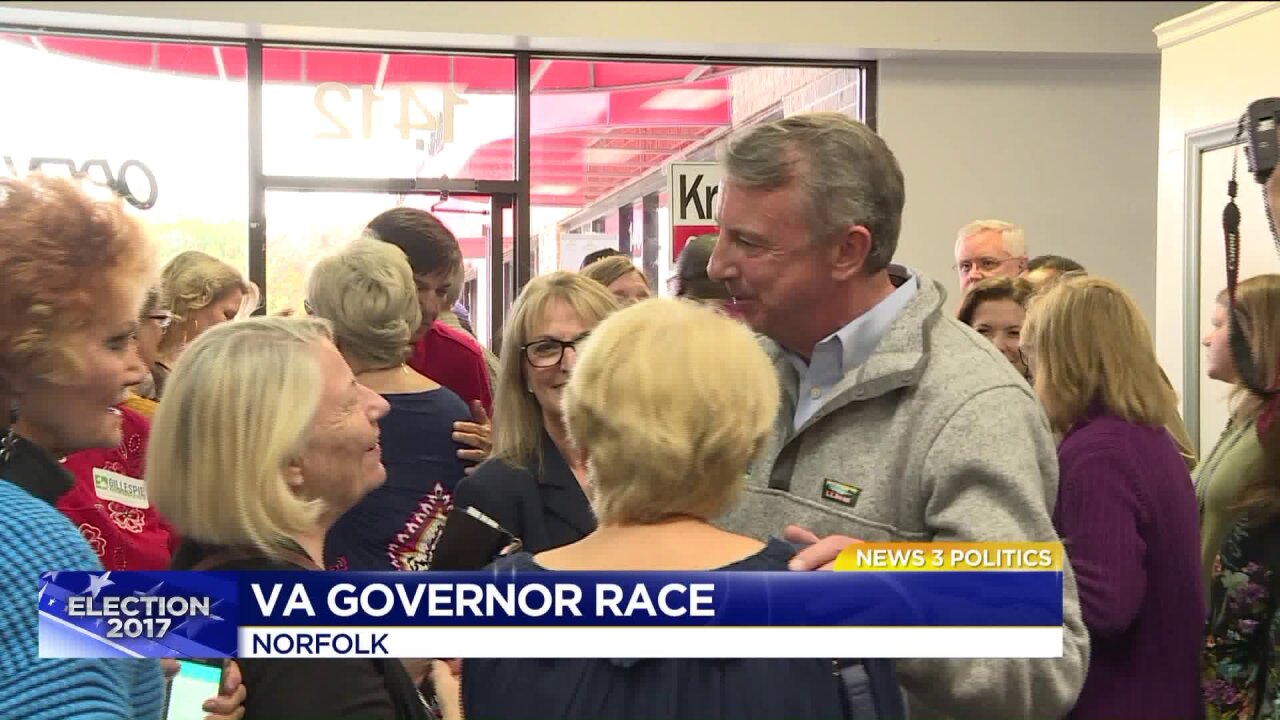 He'll find out on Tuesday whether he gets to keep his job.

"I'm running for re-election for the same reason I ran for attorney general the first time, which is to help make the lives of Virginians better," Herring said.

Herring faces a tough challenge from political newcomer John Adams, a Richmond area attorney and former federal prosecutor. Adams says he wants to take politics out of the office. "I think it's because of the politics we live in right now people are yearning for someone to just do their jobs," Adams said.

In perhaps his biggest decision as attorney general, Herring chose not to defend Virginia's ban on same sex marriage and joined a lawsuit challenging it. Adams says he would've defended what was Virginia law.

"I would've defended the law," Adams said. "It was the law of Virginia. It was challenged. I've said this many times if Virginians pass a law through the legislature and the governor signs it, even if I disagree with it, I will defend the law because I'm their lawyer."

"Every court we were in front of agreed with our position that Virginia's ban violated the constitution," Herring said. "When Adams criticizes me for that, what he's saying is he was wrong on the law and wants to try to change it."

Adams, a conservative, says his experience in law makes him the best choice, but spent much of an interview attacking Herring. "When the attorney general becomes so political that he picks and chooses which laws to defend and even attacks some of our laws, he's got to go," he said.

Herring touted his accomplishments as reasons he believes he deserves a second term. "As attorney general I feel like I'm the people's lawyer and that's what it really comes down to - standing up and protecting Virginians," he said.

A new poll out on Monday gives Herring a point lead, making it similarly close to other state-wide races.