How GOP politicians are responding to the Moore allegations 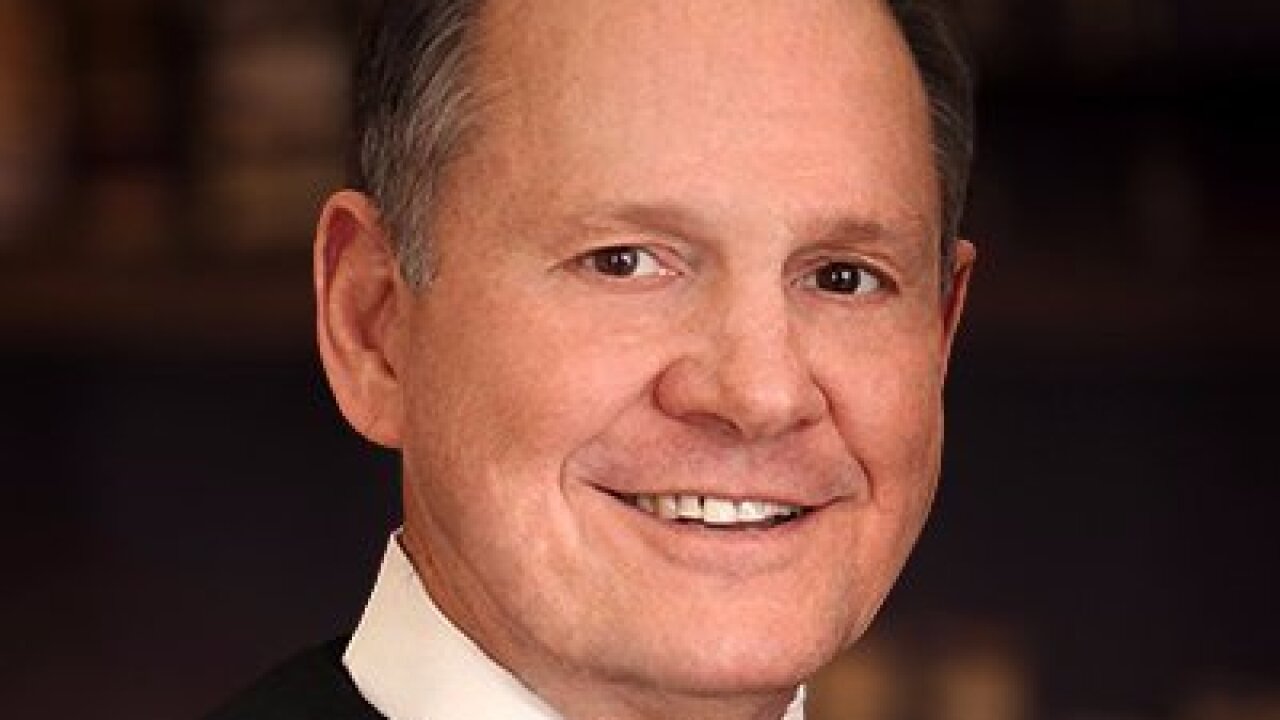 Roy Moore has appeared multiple times on a radio show hosted by a controversial pastor who preaches that the biblical punishment for homosexuality is death.

Broadly speaking, their responses fit into three distinct categories: Calls for Moore to step down in the Senate race, calls for him to withdraw if the allegations are proven to be true, and continued, unwavering support for his candidacy.

Here’s a look at some of the most notable responses so far.

Moore should leave the race:

Arizona Sen. John McCain: “The allegations against Roy Moore are deeply disturbing and disqualifying. He should immediately step aside and allow the people of Alabama to elect a candidate they can be proud of.”

Former presidential candidate Mitt Romney: “Innocent until proven guilty is for criminal convictions, not elections. I believe Leigh Corfman. Her account is too serious to ignore. Moore is unfit for office and should step aside.”

Florida Rep. Carlos Curbelo: “Not my state; not my chamber but this man is despicable and should step down. To call him ‘unfit’ is generous.”

New York Rep. Peter King on MSNBC: “The person is entitled to the presumption of innocence, but in this case, it’s so serious and the fact it’s backed up by other women and it’s so hideous, I would say unless he can prove his innocence, the burden is on him within the next day or so, he should step down.”

Virginia Rep. Barbara Comstock: “Harvey Weinstein, Anthony Weiner, Roger Ailes, Roy Moore … No Moore of this … 4 woman have come forward with detailed stories about Roy Moore. Their stories are confirmed through numerous sources who knew of the actions at the time or well before now. I believe the stories from the victims of Harvey Weinstein, Roger Ailes and others because they were substantiated and consistent with the stories of how sexual predators operate. To date Roy Moore has not provided any credible explanation or response to the detailed allegations, particularly the allegations by a woman who was at the time a 14-year-old girl and Roy Moore was a 32-year-old district attorney. The defense from some of his supporters is beyond disturbing. Today, the National Review Editorial Board also set out the case against Roy Moore and why he should drop out. Roy Moore should not serve in the U.S. Senate.”

Sen. Mike Lee of Utah in a Friday tweet: “Having read the detailed description of the incidents, as well as the response from Judge Moore and his campaign, I can no longer endorse his candidacy for the US Senate.”

Moore should go if sexual assault allegations are proven true:

White House press secretary Sarah Sanders: “Like most Americans, the President believes we cannot allow a mere allegation, in this case one from many years ago, to destroy a person’s life.” “The President also believes that if these allegations are true, Judge Moore will do the right thing and step aside,” she said.

Senate Majority leader Mitch McConnell: “If these allegations are true, he must step aside.”

Maine Sen. Susan Collins: “If there is any truth at all to these horrific allegations, Roy Moore should immediately step aside as a Senate candidate.”

National Republican Senatorial Committee chairman Cory Gardner: “If these allegations are found to be true, Roy Moore must drop out of the Alabama special Senate election.”

Pennsylvania Sen. Pat Toomey at a GOP lunch to reporters Thursday: “If there’s a shred of truth to it, he needs to step aside.”

South Carolina Sen. Tim Scott at the GOP lunch: “If they’re accurate, he should step aside.”

North Carolina Sen. Thom Tillis at the GOP lunch: “If they’re proven to be true, then he should step aside.”

Alabama Sen. Richard Shelby at the GOP lunch: “If that’s true, then he wouldn’t belong in the Senate.”

Ohio Sen. Rob Portman to Vox: “I think if what we read is true, and people are on the record so I assume it is, then he should step aside.”

Montana Sen. Steve Daines to NBC: “These are very serious allegations, and if true, he should step down.” Later, in a tweet, he said: “I am pulling my endorsement and support for Roy Moore for U.S. Senate.”

Sen. John Cornyn to NBC: “If it is true, I don’t think his candidacy is sustainable. But we believe in our presumption of innocence until proven guilty, so I think it’s important for the facts to come out.”

Moore should stay in the race, and win:

Alabama GOP State Auditor Jim Zeigler to The Washington Examiner, “Take the Bible: Zachariah and Elizabeth for instance,” Zeigler said. “Zachariah was extremely old to marry Elizabeth and they became the parents of John the Baptist. Also take Joseph and Mary. Mary was a teenager and Joseph was an adult carpenter. They became parents of Jesus. There’s just nothing immoral or illegal here. Maybe just a little bit unusual.”

Alabama Bibb County Republican chairman Jerry Pow told the Toronto Star: “I would vote for Judge Moore because I wouldn’t want to vote for (Democrat Doug Jones). I’m not saying I support what he did.”

Alabama Marion County GOP chair David Hall told the Toronto Star: “I really don’t see the relevance of it. He was 32. She was supposedly 14. She’s not saying that anything happened other than they kissed. … The other women that they’re using to corroborate: number one, one was 19, one was 17, one was 16. There’s nothing wrong with a 30-year-old single male asking a 19-year-old, a 17-year-old, or a 16-year-old out on a date.”

Alabama Geneva County GOP chairman Riley Seibenhener to the Toronto Star: “Other than being with an underage person, he didn’t really force himself,” Seibenhener said. “I know that’s bad enough, but I don’t know. If he withdraws, it’s five weeks to the election … that would concede it to the Democrat.” He added: “I know that 14-year-olds don’t make good decisions.”

“There is NO option to support to support Doug Jones, the Democratic nominee. When you do that, you are supporting the entire Democrat Party,” he said, adding, “If they said she was a Hillary supporter, then she’d be more dismissed by the local voters here in the state of Alabama. You’d have to paint her as a Trump supporter to be of any credibility.”

Mobile County Republican chairman John Skipper to the Toronto Star: “These allegations that surfaced today — to my knowledge, they’re all bunk. No credibility whatsoever,” he said, adding, “It does not really surprise me. I think it is a typical Democratic — Democrat — ploy to discredit Judge Moore, a sincere, honest, trustworthy individual.”

Alabama State Rep. Ed Henry to The Cullman Times: “If they believe this man is predatory, they are guilty of allowing him to exist for 40 years. I think someone should prosecute and go after them. You can’t be a victim 40 years later, in my opinion … I’m not buying it. It’s too easy for someone to make these accusations. It’s foolish to go down that road, it’s like what if a frog had wings, he wouldn’t bump his ass every time he jumps.”