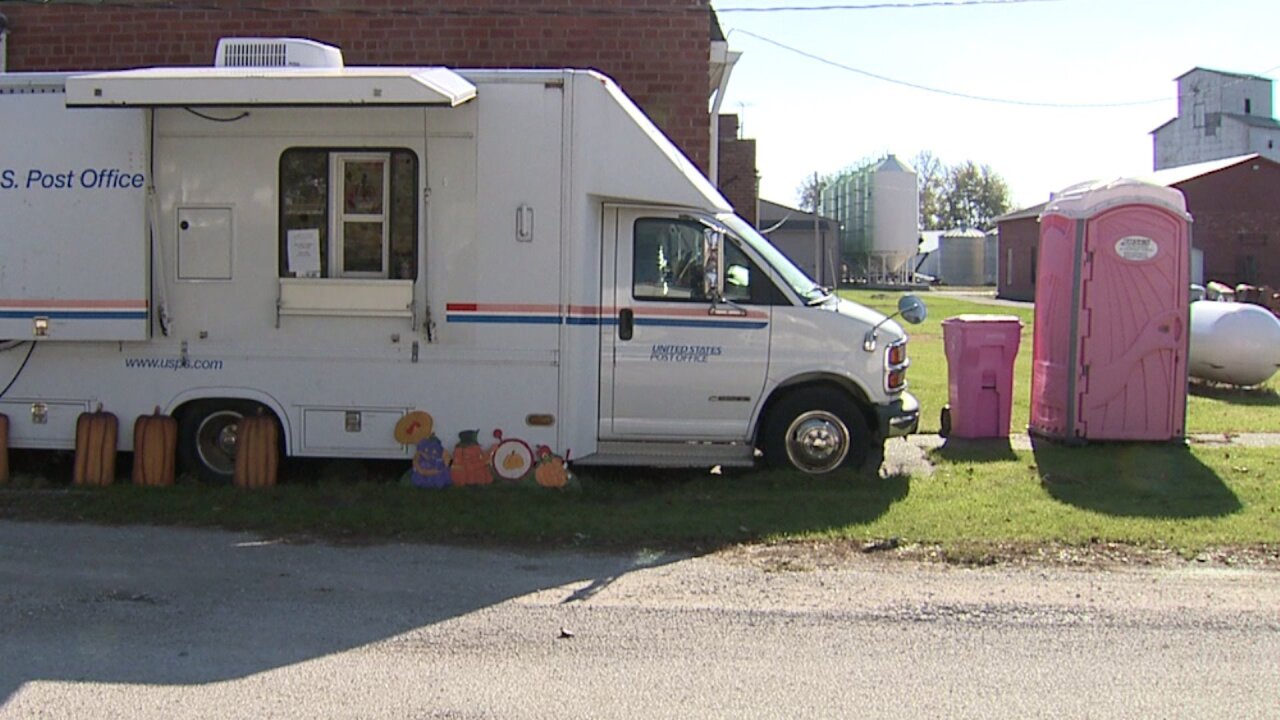 **EMBARGO: Davenport, IA-Rock Island-Moline, IL** As a temporary solution to a inactive postal officem, the U.S Postal Service installed a few metal mailboxes and a post office truck that sits parked outside the fire station. Basically, the post office is run out of the truck.

When you arrive at Seaton, Illinois’ post office you’ll see a sign that that says temporarily closed, but residents will tell you it’s becoming a permanent problem.

“More than a year. It`s probably been going on, this summer will be two years,” said Bob Springer, Village Trustee.

More than a year ago the post office had to close.

So as a temporary solution the U.S Postal Service installed a few metal mailboxes and a post office truck that sits parked outside the fire station. Basically, the post office is run out of the truck.

“This has turned into a permanent deal. If you go over and look the tires are sunken into the ground. It’s just ridiculous,” said Springer.

Residents say while it’s created an inconvenience for them the big problem is the workers who have to work in the truck.

“I don`t like it. I like the person that`s in it and everything but she has to use an outhouse all the time in the winter,” said Dave Ford, who lives in Seaton.

A porta potty sits right next to the truck for the employees to use.

“You know if my employer was like hey you need to go use this porta potty and it’s below outside I`d probably be looking for a different job,” said Andy Wheeler, Fire Chief for Seaton’s fire department.

People in Seaton say they have a solution to the problem, an old bank in town. The village has offered this space to the postal service to rent and use but say their offer was declined.

“Here`s a solution, it’s not like they don`t have any means you know what I’m saying. That’s what’s frustrating,” said Springer.

Residents say something needs to be done. The truck isn’t working.

News 8 reached out to the postal service to ask what their plans are and how long will employees be working out of the truck; a spokesperson tells us it’s being looked into and will get back to us with an answer as soon as they can.