It’s the first three-carrier exercise in the Western Pacific since 2007.

"It is a rare opportunity to train with two aircraft carriers together, and even rarer to be able to train with three," said U.S. Pacific Fleet Commander, Adm. Scott Swift. "Multiple carrier strike force operations are very complex, and this exercise in the Western Pacific is a strong testament to the U.S. Pacific Fleet's unique ability and ironclad commitment to the continued security and stability of the region." 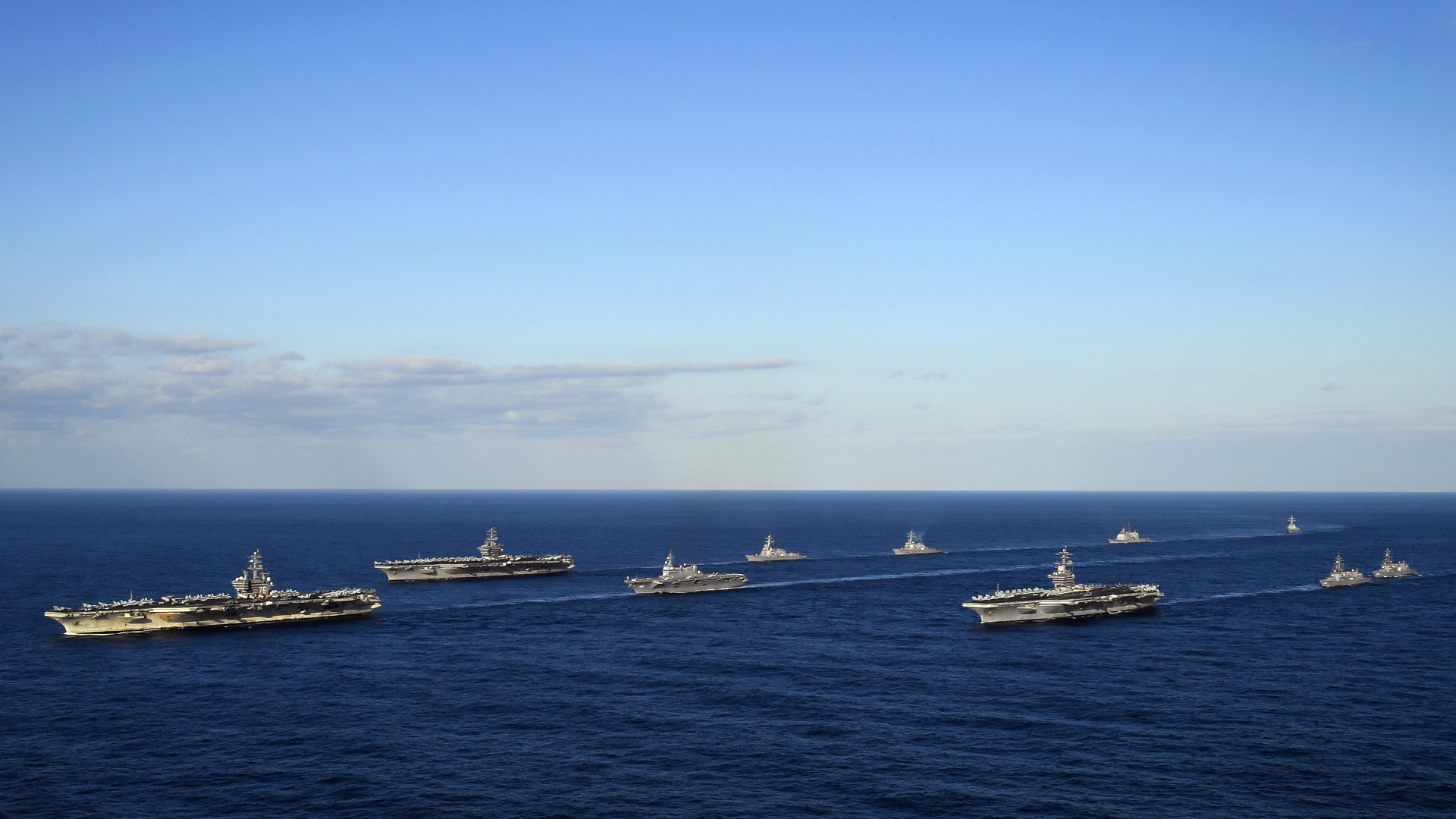