The ship brings home nearly 300 Sailors just in time for the holidays!

"During this diverse deployment we were faced with a variety of missions located all over the world," said Cmdr. Samantha Dutily, Oscar Austin's commanding officer. "USS Oscar Austin is composed of an incredible group of Sailors who performed admirably over the past seven-months."

During their deployment, the crew conducted maritime security operations and made port calls in Spain, Romania, Bulgaria, Israel, France, Norway, Sweden, Germany, Scotland and Portugal. While in these countries, the Oscar Austin also worked with these nations and conducted joint operations with 20 countries total.

"The Sailors on this deployment represented the highest traditions of the United States Navy," said Command Master Chief Kim Feroni. "They have made me, their country, and Pfc. Oscar P. Austin's legacy extremely proud."

During the Oscar Austin's 214 days abroad, the ship traveled 51,370 nautical miles through three oceans, navigated eight straits and choke points and conducted 29 replenishments-at-sea with four different navies. The ship also visited 13 ports outside of  the U.S.

"Every Sailor on this deployment made a huge contribution to the success of the ship's mission," Dutily said. "I am proud of each and every one of them and I am honored to be their captain." 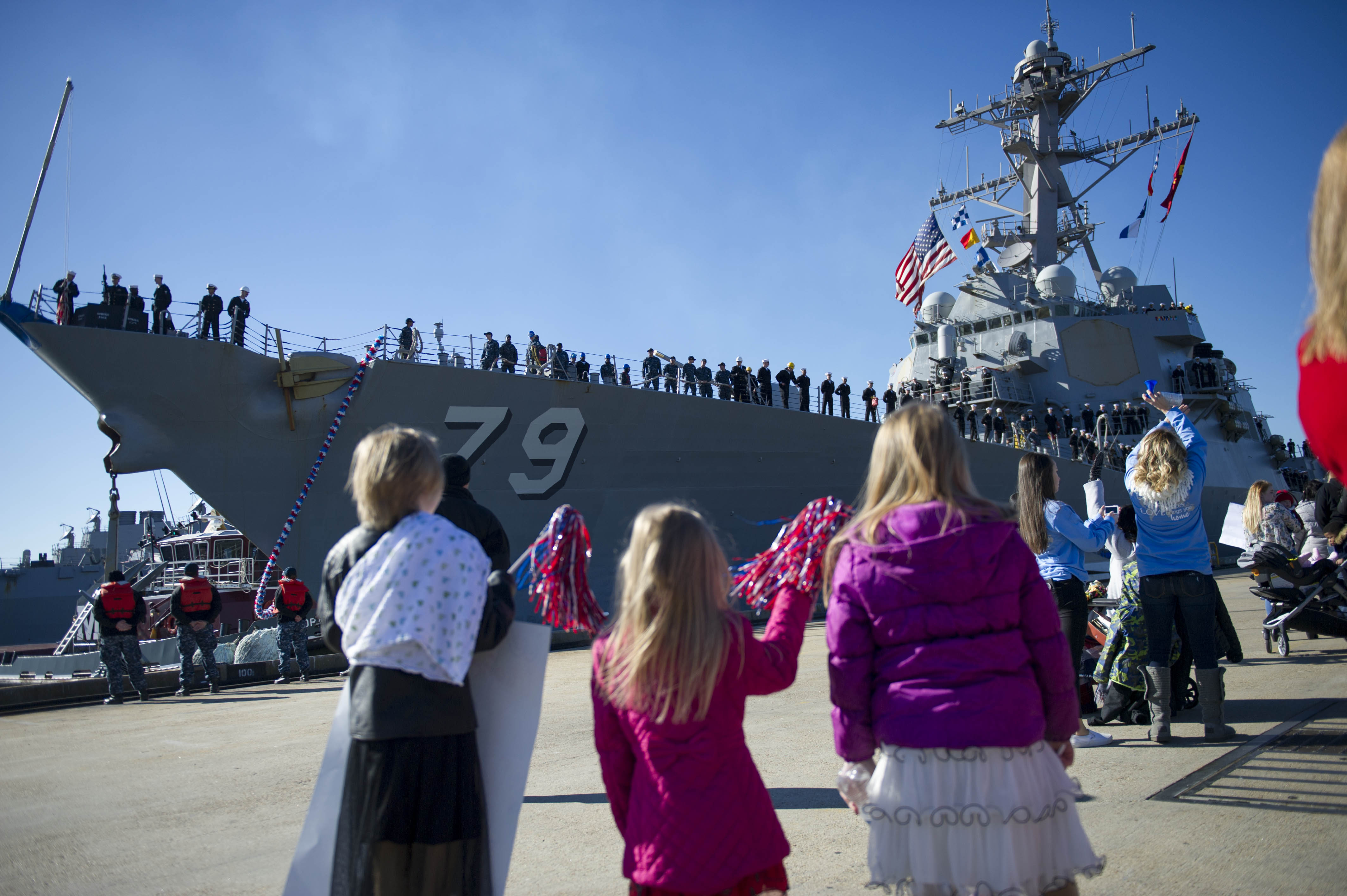