VIRGINIA BEACH, Va. - Police in Virginia Beach need help finding a man they say is connected to two home burglaries in one day.

Thursday, police released surveillance video and photos from a home on Wildflower Court showing a man with a tattoo on his left hand attempting to break in on October 30. 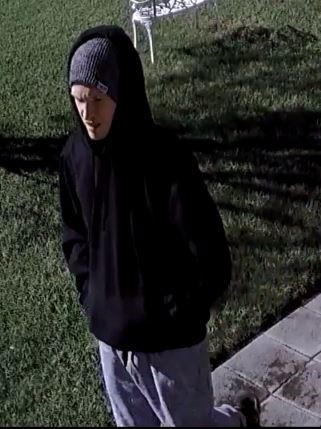 Police say the same man is also connected to another break-in the same day less than a mile away on Gladiola Crescent.

That's where home security footage caught the suspect breaking in through a door in the garage before walking through the home.

“It was maddening. It still makes me angry because he did this to someone else," said Michelle Wiggs, one of the suspect's victims. "We haven’t caught him yet. It just solidifies my hope that someone’s gonna turn this guy in.”