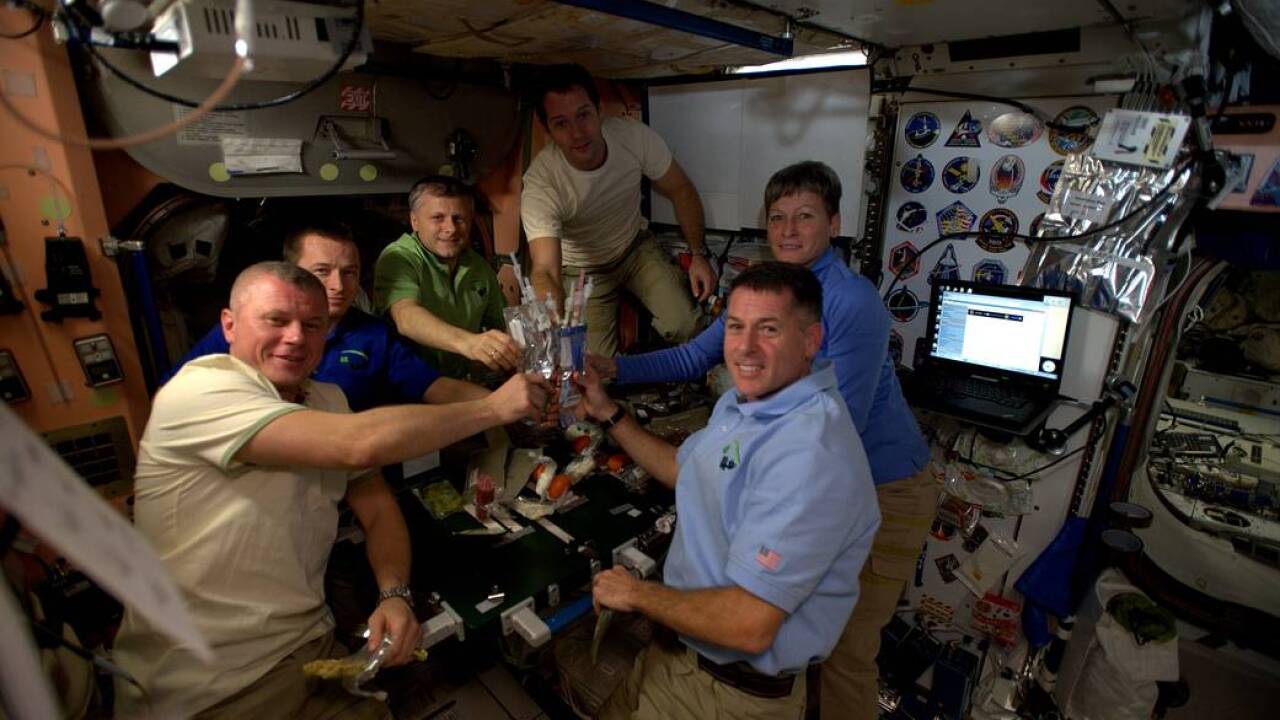 INTERNATIONAL SPACE STATION – While people on Earth will be eating Thanksgiving with family and friends, some of America’s brightest will have to eat their holiday meal a little bit differently.

Instead of a home cooked meal, astronauts will chow down on rehydrated turkey, stuffing, potatoes and vegetables that are provided by NASA.

NASA has a long tradition of putting astronauts in space during the holidays.

Astronauts are also familiar with sharing the holidays with their international counterparts.

Thanksgiving was celebrated on Space Shuttle Columbia and the Russian Mir space station in 1996 and 1997. The STS-80 crew celebrated Thanksgiving aboard Columbia in 1996 as Astronaut John Blaha celebrated the holiday on Mir with Russian Cosmonauts.

NASA says that food scientist Vickie Kloeris has been involved in space food development and production since 1985, and is responsible for making a holiday meal for NASA astronauts.

She has managed the space station food system since January 2000 and is responsible for every aspect of the station’s food system including all U.S. flight food shipments and new food item development.

Last year, the six member crew of Expedition 50 celebrated Thanksgiving together, and this year Expedition 53 will celebrate the holidays in space.