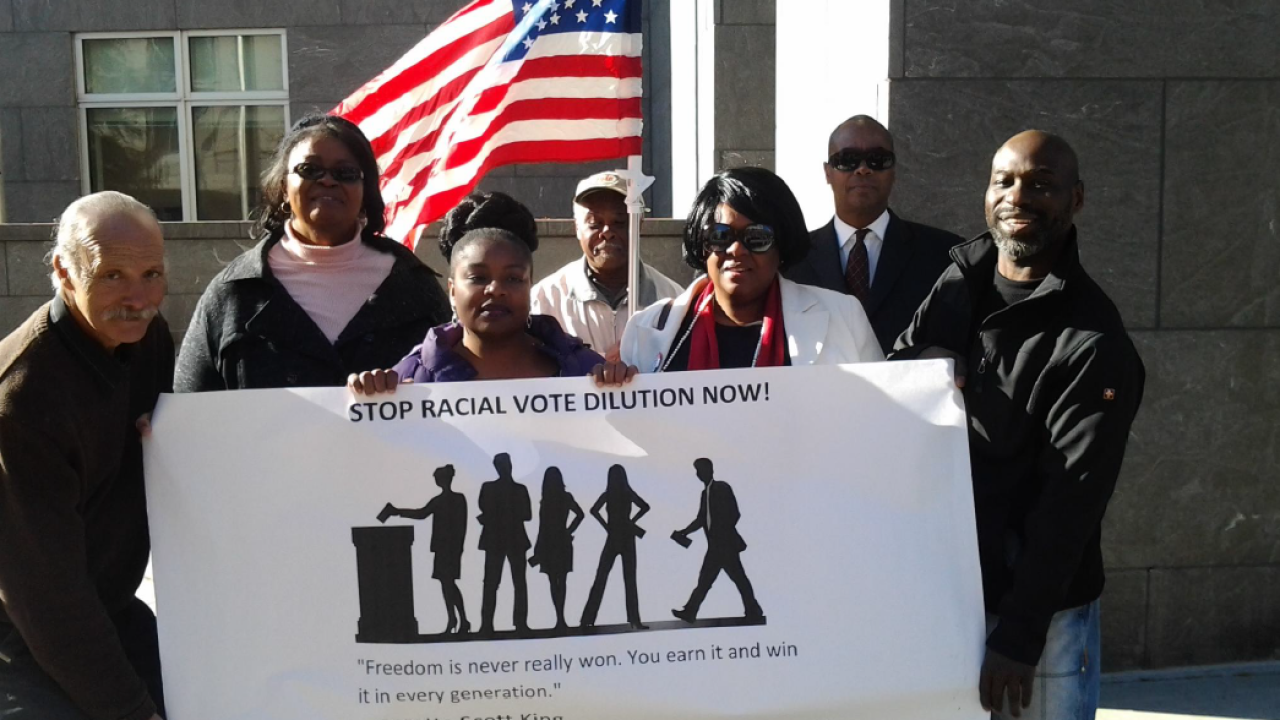 RICHMOND, Va. – A political rights activist has filed a lawsuit in the United States District Court against the City of Virginia Beach regarding violations of the Voting Rights Act.

Latasha Holloway alleges in her lawsuit that the city dilutes minority voting strength to promote white supremacy in the Virginia Beach City Council by using an at-large election system.

The lawsuit further alleges that the city is depriving elderly individuals and people with disabilities accessible or alternate polling places on Election Day, which is in violation of Title II of the Americans with Disabilities Act (ADA), the Voting Accessibility for the Elderly and Handicapped Act of 1984 (VAEHA).

She’s asking that the court issue an injunction that gets rid of the current at-large voting system in the city and replace it with a system of wards or single-member districts.

In a release from the United Front for Justice outlining the lawsuit, Emporia was given as an example of a city that willingly abandoned its at-large city elections, while it was noted that Norfolk was forced by mandate to dismantle their at-large voting system.