New portraits of Queen Elizabeth II and her husband, the Duke of Edinburgh Prince Philip, were released Monday to celebrate their 70th wedding anniversary.

The British monarch and her husband were married on 20th November 1947 when they were still Princess Elizabeth and Lieutenant Philip Mountbatten, at Westminster Abbey in the heart of London.

The wedding attracted worldwide attention and came just five years before Elizabeth would ascend the throne following the sudden death of her father, King George VI.

The special 70th anniversary portraits were taken in the White Drawing Room of Windsor Castle in early November.

In the photos, Queen Elizabeth is wearing a cream day dress designed by Angela Kelly.

She also wore the ‘Scarab’ brooch in yellow gold, carved ruby and diamond, given to her by Philip in 1966 and designed by Andrew Grima.

It was announced in May that Prince Philip, who is 95 years old, would be retiring from public life after serving at the Queen’s side for 65 years. 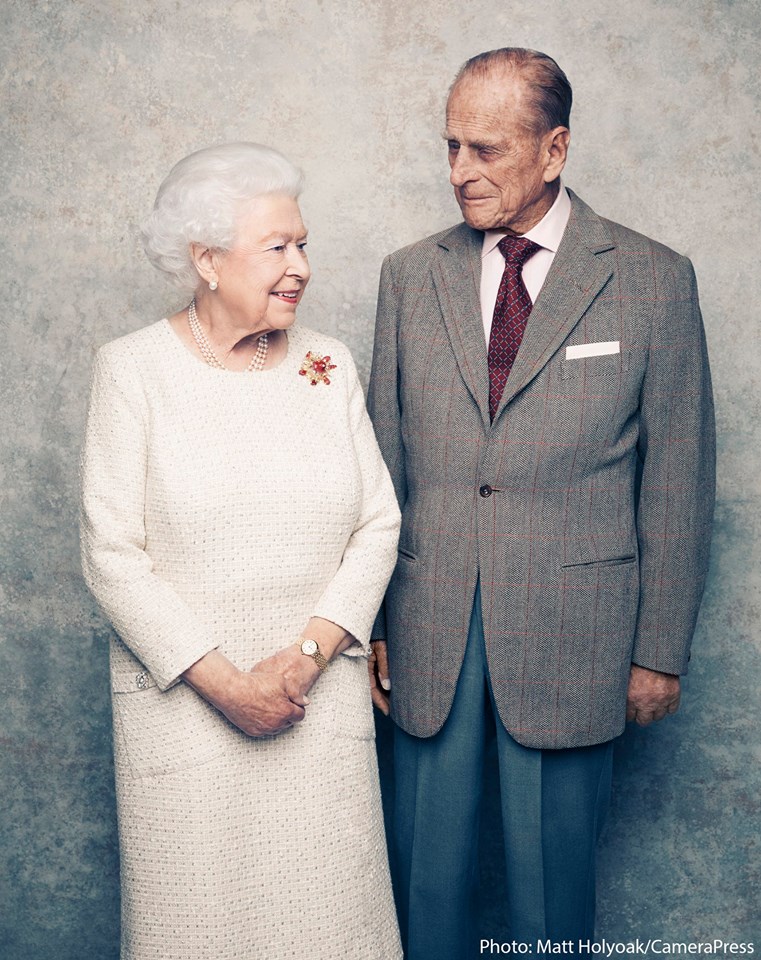 Queen Elizabeth, 91, has also begun to scale back her duties due to her advancing age, handing over some of her responsibilities to her heir, Prince Charles.

Prince William and his wife, Catherine, moved to London earlier this year and are also taking on more royal duties. They are expecting their third child, who will be the Queen’s sixth great-grandchild.