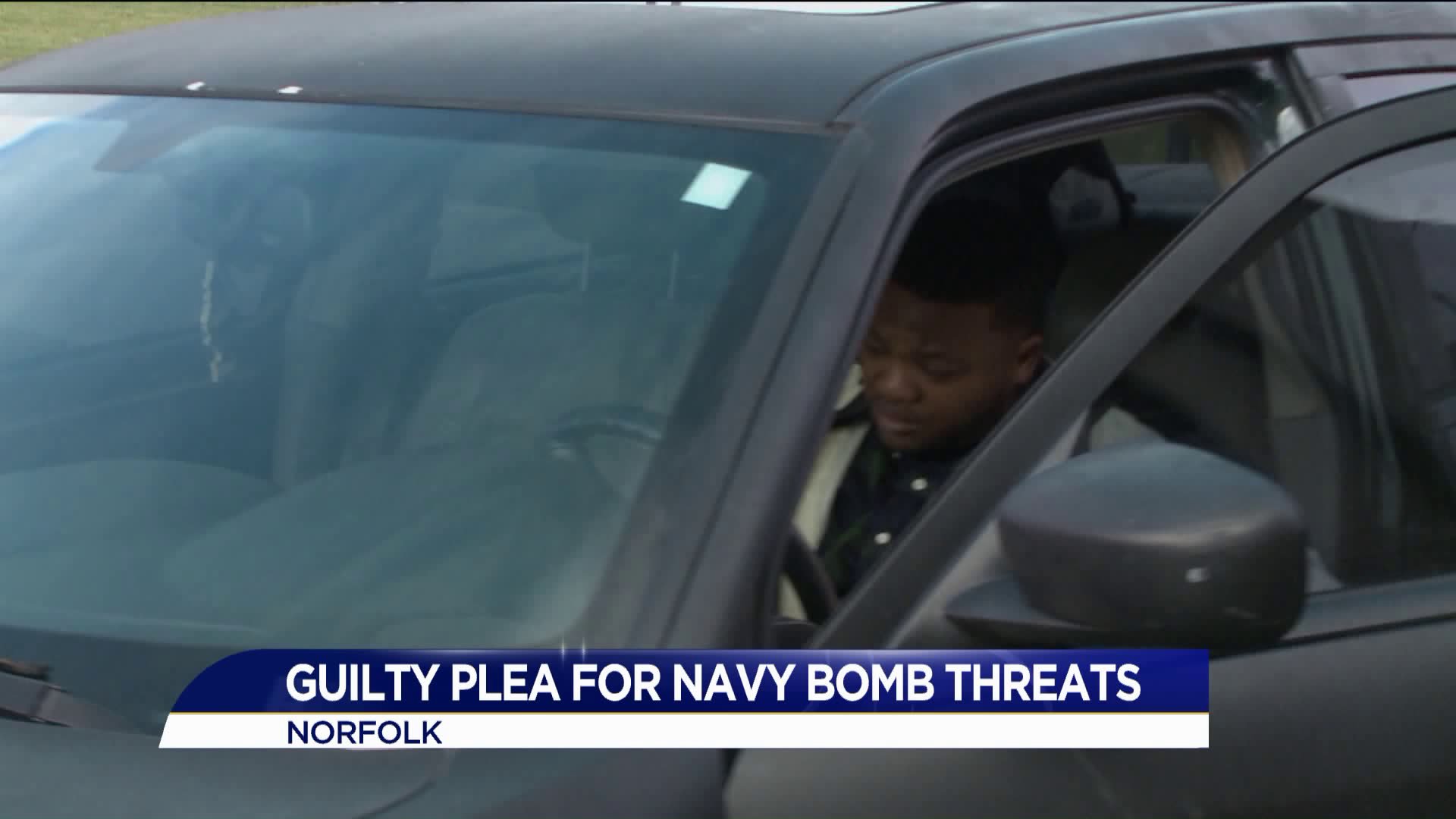 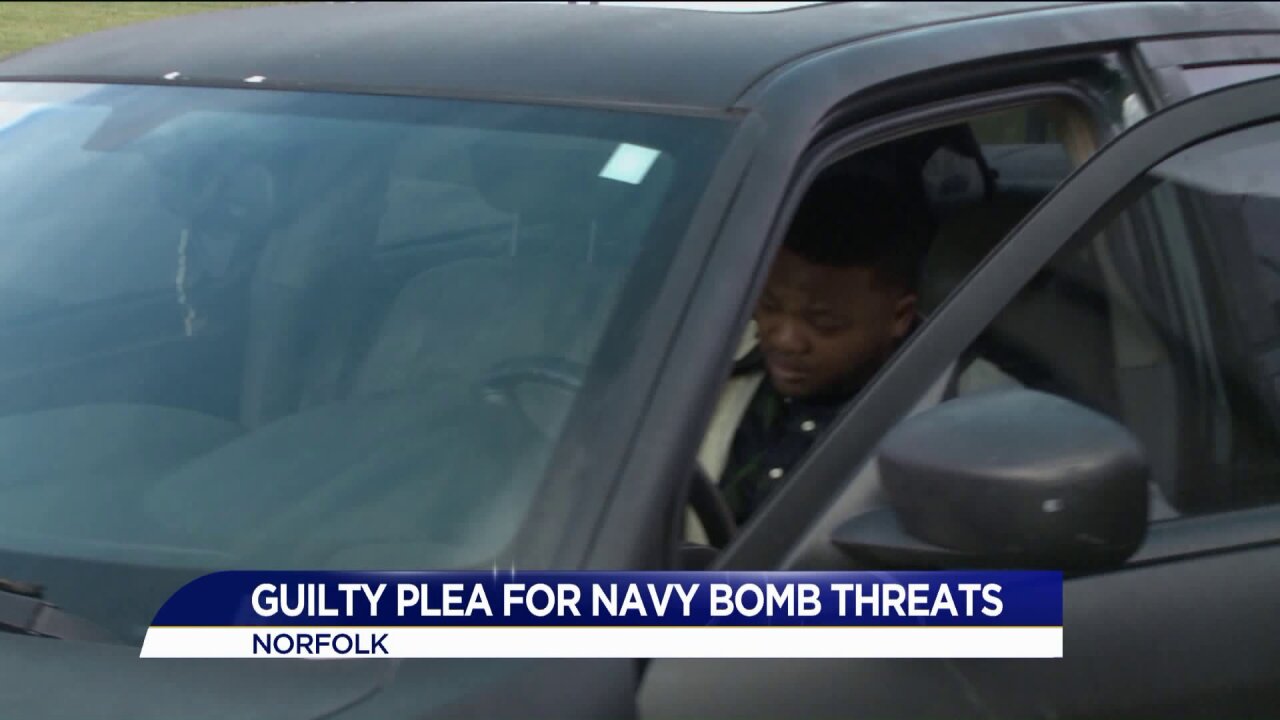 NORFOLK, Va. - A US Navy Sailor pleaded guilty on Wednesday morning to maliciously conveying false information in a case involving bomb threats made at a local military base in August.

Allante Arrington, 24, originally faced six charges for calling in bomb threats, but worked out a deal with prosecutors to plead guilty to one charge. He faces up to ten years in prison.

According to court documents, Arrington was said to have used a cell phone to call the Commander Navy Region Mid-Atlantic Regional Dispatch Center emergency line, telling them that “three bombs will go off on base at 9:30” on August 2.

At approximately 6:40 a.m. that day, the documents say Arrington called the Center again, saying, “I’m going to blow that b—- up at 9:30,” or words to that effect.

The calls prompted lockdowns of several piers at Naval Station Norfolk and a shelter-in-place order at nearby buildings.

The documents also state that Arrington called the Joint Expeditionary Base Little Creek-Fort Story quarterdeck at approximately 11 a.m., telling them “there is a bomb on USS Gunston Hall at Pier 16.” He called the Rockwell Gym on the base at approximately 1 p.m., saying, “there is a bomb on Pier 16 near the USS Oak Hill,” or words to that effect.

In court documents, the person taking the calls realized the caller appeared to have the same voice. Eventually, investigators were able to trace the calls to Arrington's cell phone and arrested him.

Arrington, a petty officer third class, was assigned to the Oak Hill. He'll be sentenced in March.