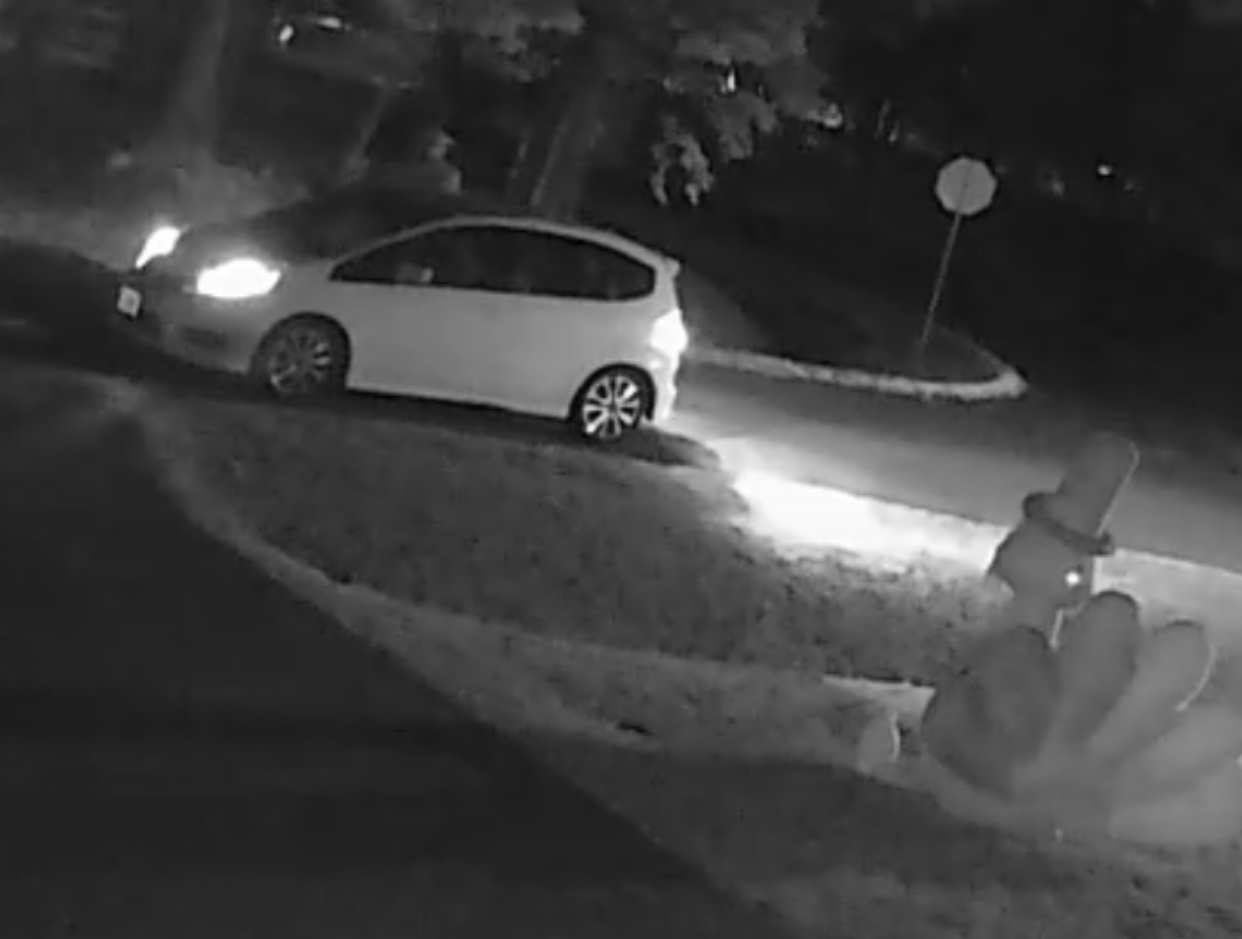 YORKTOWN, Va. – A father took to Facebook on Thanksgiving asking for help to identify the passenger of a vehicle who he thinks stole something from his yard.

Rob Self said around 7:30 p.m. a car that looked like a white Honda Fit with a black border around the license plate stopped in front of his home.

Self said it appeared that a white male got out of the passenger seat  and stole an inflatable turkey that his daughters loved from his yard.

The father explains that it looked like other cars drove by while the theft was happening. He urged people to stop and call the police if they see anything out of the ordinary and is seeking information to help catch the possible suspect.

Self has filed a report with police.