NORFOLK, Va. - A Navy couple said they put their dog in the backyard while they cooked their Thanksgiving meal, and that's when the unthinkable happened.

When they let the 1-year-old dog, Fang, inside they said they realized he had been shot twice.

“You can see where he tried to slide past the door, that’s all his blood to try to scoot his way back home,” dog owner Alyssa Bogard said.

Bogard said her lab-mix puppy must have wiggled his way out of a gap in their backyard fence and it happened so fast they didn’t even realize he had been out.

“When I went to go spoil him with turkey he wouldn’t get up,” Bogard said.

According to the vet the wounds on the dog indicate he may have been kicked in the face, and then shot twice as he turned around and ran away.

“His entire lip just it dropped and if you touched his face there was blood all over here, there was blood all down here. So they had to of kicked him in the face and he turned around to come back home and they shot him from behind. Who does that” Bogard said.

She said they rushed the wounded dog to the vet but there was little that could be done.

“He was coughing so hard like he was gagging. He was a good dog,” Bogard said.

The only thing they could do was help stop the suffering, less than 24 hours after being shot they were forced to put him down and now they want justice.

“If you can shoot a dog from behind who’s to say a child is not next. That wasn’t self-defense that was sport,” Bogard said.

Without a witness the family is desperate, they fear whoever shot their puppy could do worse.

She said despite what her family has been forced to go through they are thankful for a few kind strangers. They were able to get Fang euthanized and to bring his ashes home after anonymous callers to the vet paid their bill.

“Thank you to everyone who did that for us. There are good people out there who helped us out, to bring out boy home,” Bogard said.

Now the couple is asking anyone with information to come forward. 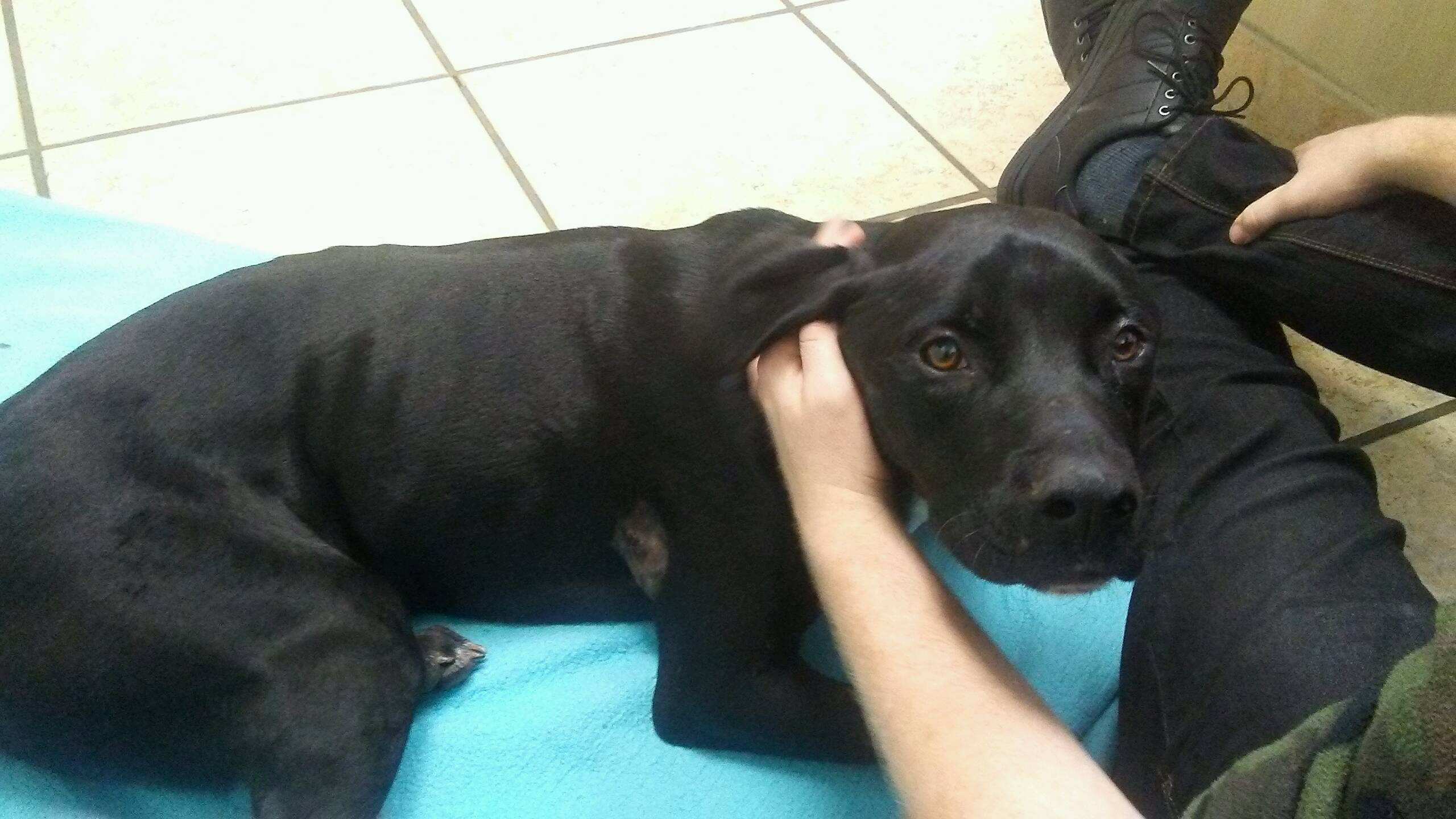