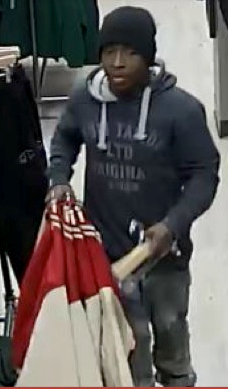 According to police, the suspects took nearly $1,000 worth or merchandise and threatened a store employee.

The suspects ran out of the store and police were called to the scene.

Detectives say no one was injured in the incident.

Anyone who may have information about this crime or know the identity of the person or people involved is encouraged to call the Crime Line at 1-888-LOCK-U-UP.