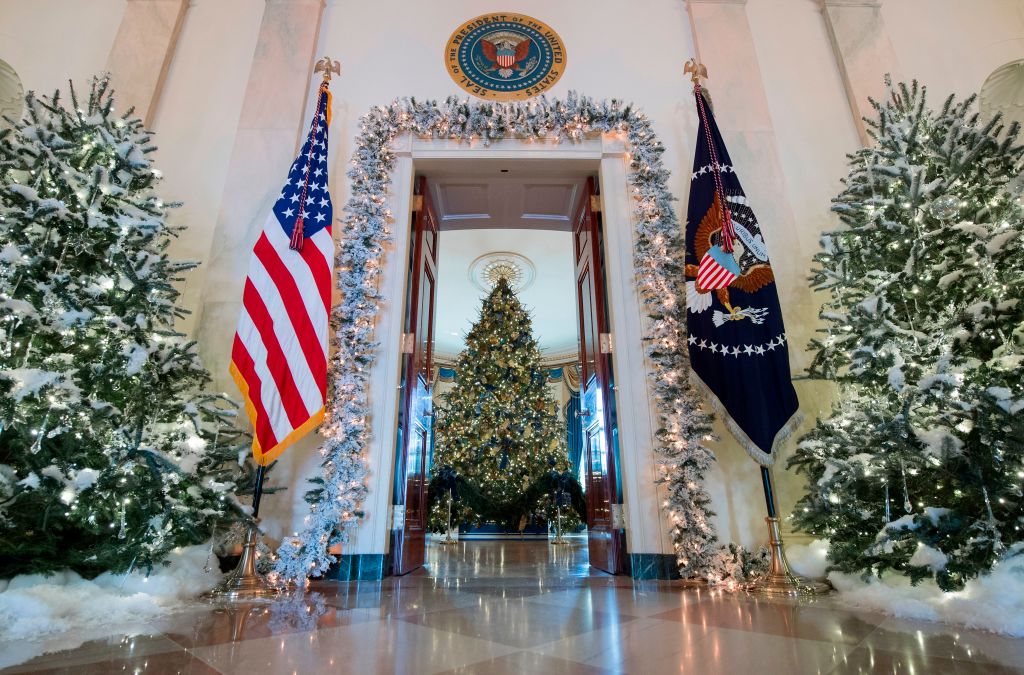 It was in July, just a handful of weeks after Melania Trump and her 11-year-old son, Barron, had moved in to the White House full time, that the first lady started to think about something important on her agenda: Christmas.

With the entire White House to fill with some of the country’s most important holiday décor, Trump, as she has done with other issues, began to research, ultimately landing on a theme for her first White House holiday season, according to East Wing communications director Stephanie Grisham.

On Monday, the first lady will unveil “Time-Honored Traditions,” which she personally designed, with a nod to the past 200 years of White House holidays.

“Like many families across the country, holiday traditions are very important to us,” Trump said in a statement to CNN. “I hope when visiting the People’s House this year, visitors will get a sense of being home for the holidays.”

The decorations are up! @WhiteHouse is ready to celebrate! Wishing you a Merry Christmas & joyous holiday season! pic.twitter.com/d6ZuyeFvrw

Of course, it was when the Trumps were not home, but ensconced in their private residence at Mar-a-Lago for Thanksgiving, that much of the decorating at the White House was completed.

Each year, the White House puts out a call for volunteers, asking for applicants who can be available in Washington — typically over the Thanksgiving holiday — to hang and tinsel the more than 12,000 ornaments, 3,000-plus yards of holiday ribbon and 1,000 feet of garlands, and cap off each one of the 53 trees. (Most of the 71 wreaths and the 18,000 feet of strung lights are completed by White House residence staff.)

This year, some 150 volunteers from 29 states spent more than 1,600 hours setting up spaces from the East Wing, which houses the Gold Star Family Tree, to the China Room, where the Reagan china has been set out in a display of traditional Christmas dinner. In the library, Franklin D. Roosevelt’s 1866 edition of “A Christmas Carol” holds court, and in the grand foyer of the State Floor, there’s a tribute to the very first themed White House Christmas, “Nutcracker Suite,” started by Jacqueline Kennedy in 1961.

Insider tip: if you have a sweet tooth, head for the Red Room, which celebrates holiday treats, and has been decorated with peppermints, candy, and cookies, according to a news release sent out by the White House. If you want to get a sense of the sugar involved, here’s a rundown: This holiday season, 36 White House chefs and pastry chefs will bake 31,000 cookies, including 15,000 sugar cookies, 6,000 snowflake-shaped cookies, 4,000 of the first lady’s signature star cookies (a twist on a sugar cookie, but with a dollop of sour cream in the batter) and 2,000 pecan butterballs. It’s a lot.

“Mrs. Trump personally selected every detail of this year’s holiday season at the White House,” Grisham said in a statement to CNN.

And though Sunday night, upon arrival back at the White House from Palm Beach, was the very first time the first lady laid eyes on the physical interpretation of her holiday vision, she was on hand last week to greet the arrival of the official White House Christmas tree. It arrived by horse and carriage at the North Portico, as is tradition.

That more than 18-foot-tall balsam fir is now set up in the Blue Room, covered in glass ornaments depicting the seal of each state and territory. The Blue Room and several others will be part of a private tour Trump plans to give Monday morning to children of service members stationed at Maryland’s Joint Base Andrews.

By the time December is over, an estimated 25,000 people will have toured the decorations.

“The President, Barron and I are very excited for our first Christmas in the White House,” the first lady said in her statement.