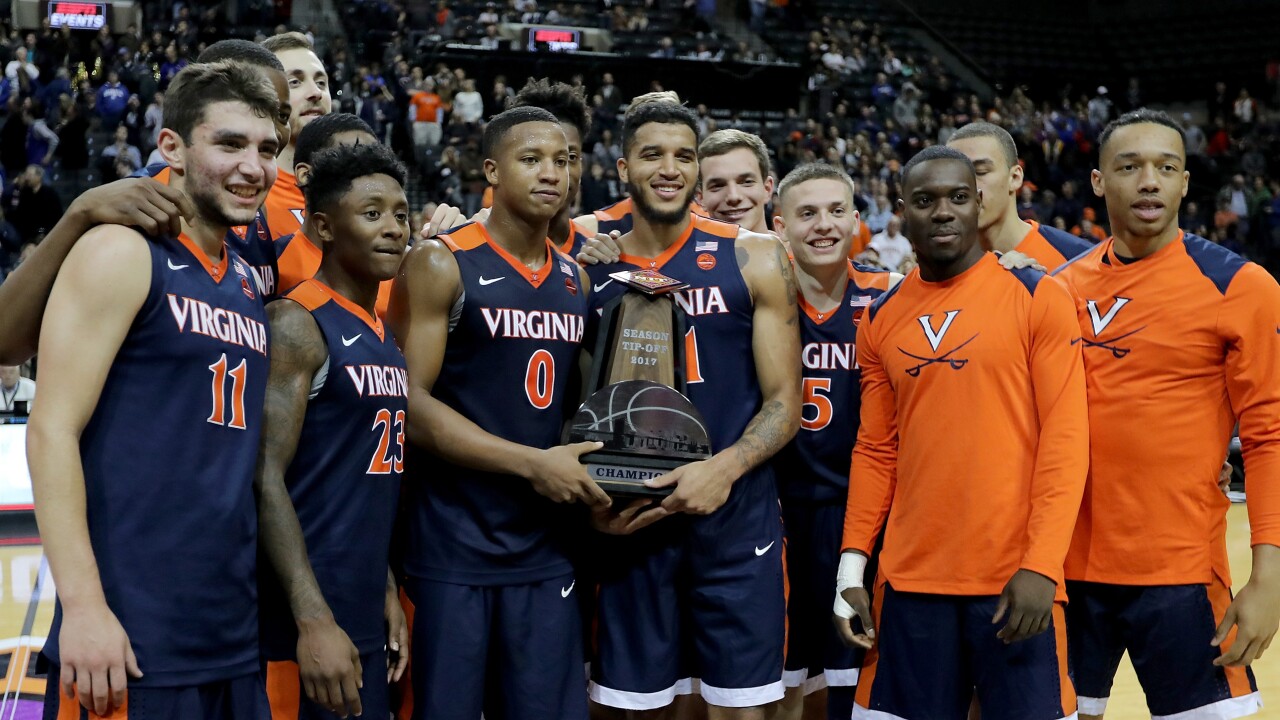 CHARLOTTESVILLE, Va. – University of Virginia men’s basketball team remains in the CBS Sports Top 25 and breaks into the AP Top 25 rankings for the first time this season at #18. CBS Sports Top 25 had the Cavaliers at #21 last week and #19 this week. After beating Rhode Island and taking the preseason NIT Tip Off title Friday night, the Cavaliers are starting to turn heads.

Isaiah Wilkins scored a team high 19 points to lead the “Wahoos” to the victory over the Rams and remain unbeaten on the season. Wilkins is the step-son of NBA Hall of Famer Dominque Wilkins, who earned the nickname of the ”Human Highlight Film” for his arsenal of high-flying dunks during the 1980s.

UVA (6-and-0)  hosts Wisconsin (3-and-3) at the John Paul Jones Arena on Monday night for the annual Big Ten/ACC Challenge.