While Congress continues to push for tax reform, senators from across the aisle debated Tuesday evening over the likely ramifications of the GOP tax bill.

Cruz argued that, “if you’re a taxpayer, this bill benefits you.”

He and Scott defended the bill’s doubling of the child tax credit, but Sanders argued that the legislation would primarily benefit individuals in the highest income-level bracket.

“The tax bills in both the House and the Senate give the lion’s share of tax breaks to the top 1%,” Sanders said.

The 90-minute event came the same day Republicans voted to move their tax legislation to the full Senate for a vote, which GOP leaders hope will take place later this week.

President Donald Trump had made a trip to Capitol Hill earlier Tuesday for a luncheon in an effort to rally support for the bill.

“Meeting with ‘Chuck and Nancy’ today about keeping government open and working. Problem is they want illegal immigrants flooding into our Country unchecked, are weak on Crime and want to substantially RAISE Taxes. I don’t see a deal!” he tweeted.

The two issued a statement on the matter, saying: “Given that the President doesn’t see a deal between Democrats and the White House, we believe the best path forward is to continue negotiating with our Republican counterparts in Congress instead.”

When asked why there hasn’t been an effort to reach a bipartisan compromise, Cantwell said she thought it was because “people are in a hurry, and I wish they wouldn’t hurry on this.”

All eyes are on the Republican majority, as tax reform is the latest GOP effort to harness the Republican stronghold in Congress and the White House to pass major legislation after their attempt at health care reform initially failed.

The Congressional Budget Office released a report on the bill that showed the Senate Republican plan would result in poor Americans losing billions of dollars in federal benefits, because the proposal also includes removing Obamacare’s individual-coverage mandate.

The measure would also increase the federal budget deficit by $1.4 trillion over the next 10 years, according to the CBO report.

Sanders also noted the effect the plan would have on the deficit.

“These guys are going to come back, they’re going to say, ‘Oh my goodness, deficit is soaring. We’ve got to cut Social Security, we’ve got to cut Medicare and Medicaid and education,’ and programs that the middle class and working families desperately need,” Sanders said.

The legislation would make multiple changes to the tax code, but the vast majority of individual tax cuts would expire after 2025. 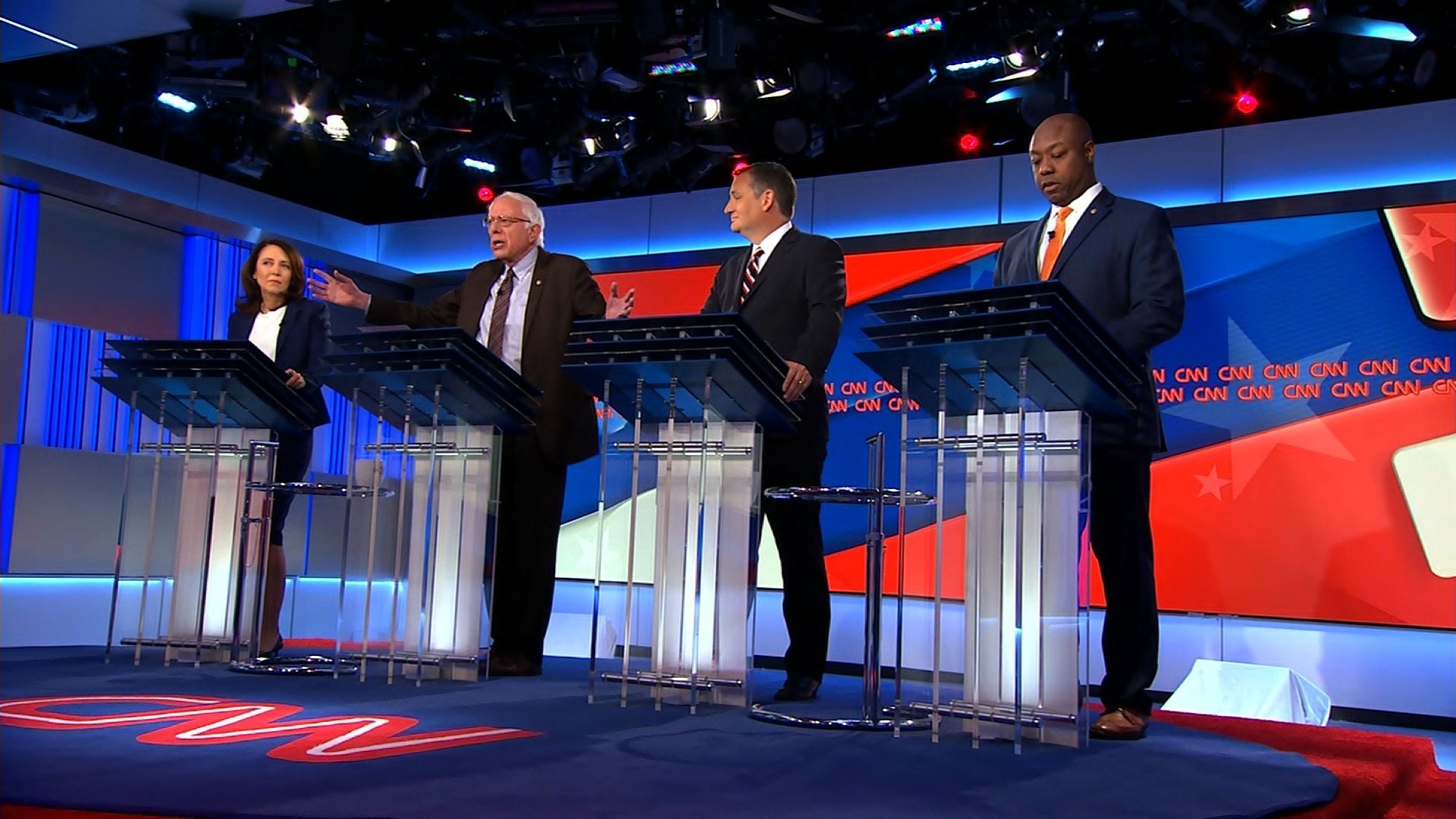