JACKSONVILLE, N.C. – The FBI released images Wednesday that they believed may possibly show a missing North Carolina 3-year-old at a Walmart in Morehead City.

However, after several hours, the images were proven not to be that of the missing girl.

An AMBER Alert was issued for the 3-year-old girl on Monday morning.

Mariah Kay Woods was last seen on Sunday, November 26 at 2405 Lot 7 Dawson Cabin Road in Jacksonville, North Carolina at 11:30 p.m. in bed at her home. 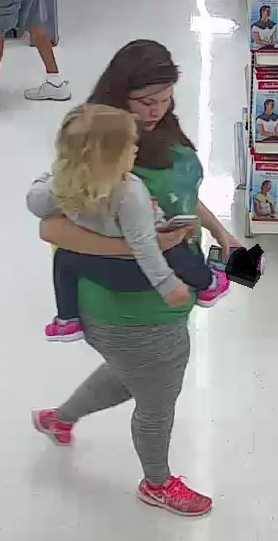 On Wednesday, WCTI spoke with Jetta Long, a 23-year-old Newport woman who says she is the person in the pictures. Long said the girl in the picture is not Mariah Kay Woods, who has been missing since Sunday, but her daughter.

Long told the station she is frustrated that the photos “may have gotten the hopes of the family up.”

Mariah is described as a white female with brown hair and blue eyes, about 2’9″ tall and weighs 28 pounds. She was last seen wearing white and pink underwear.