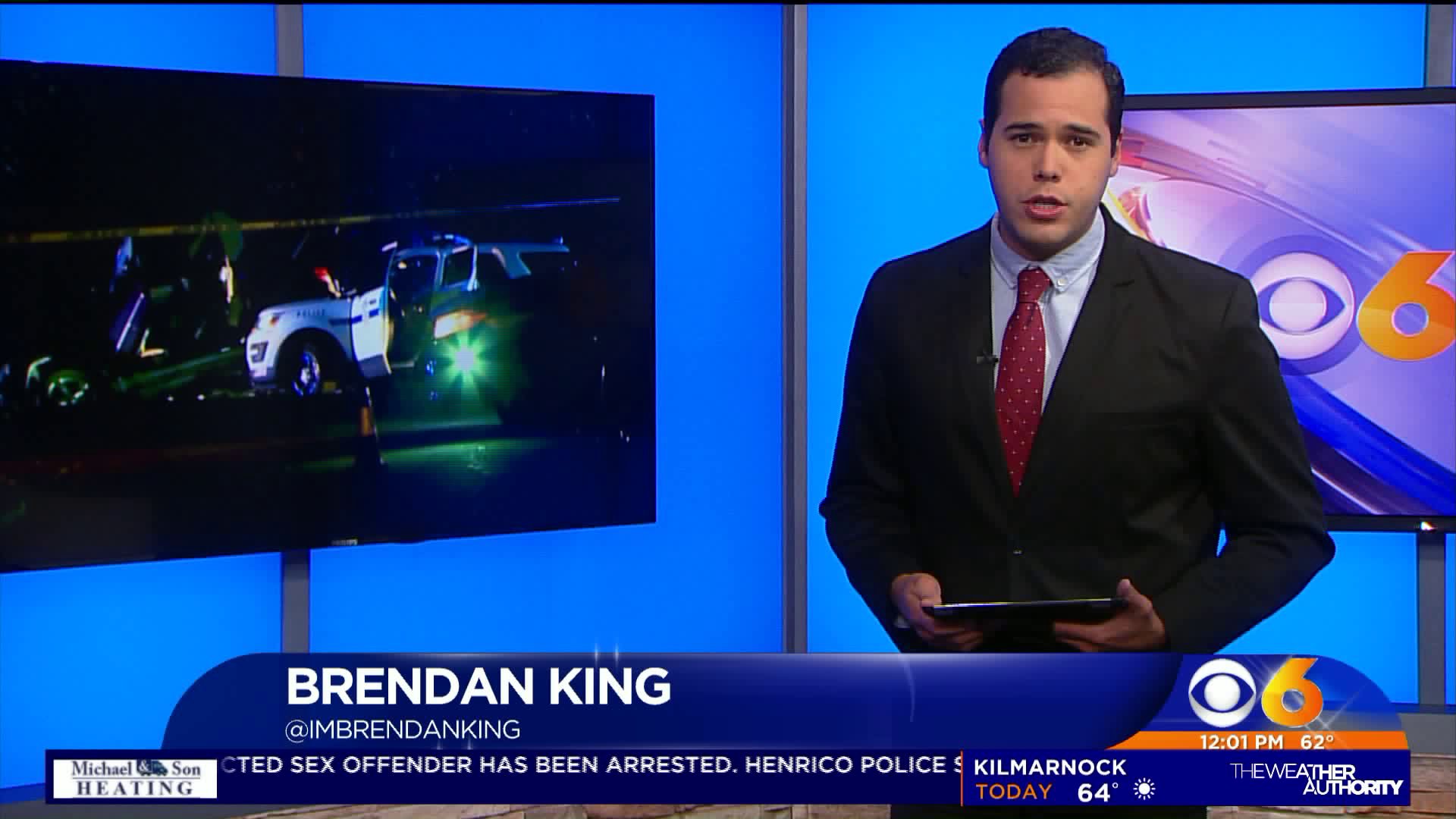 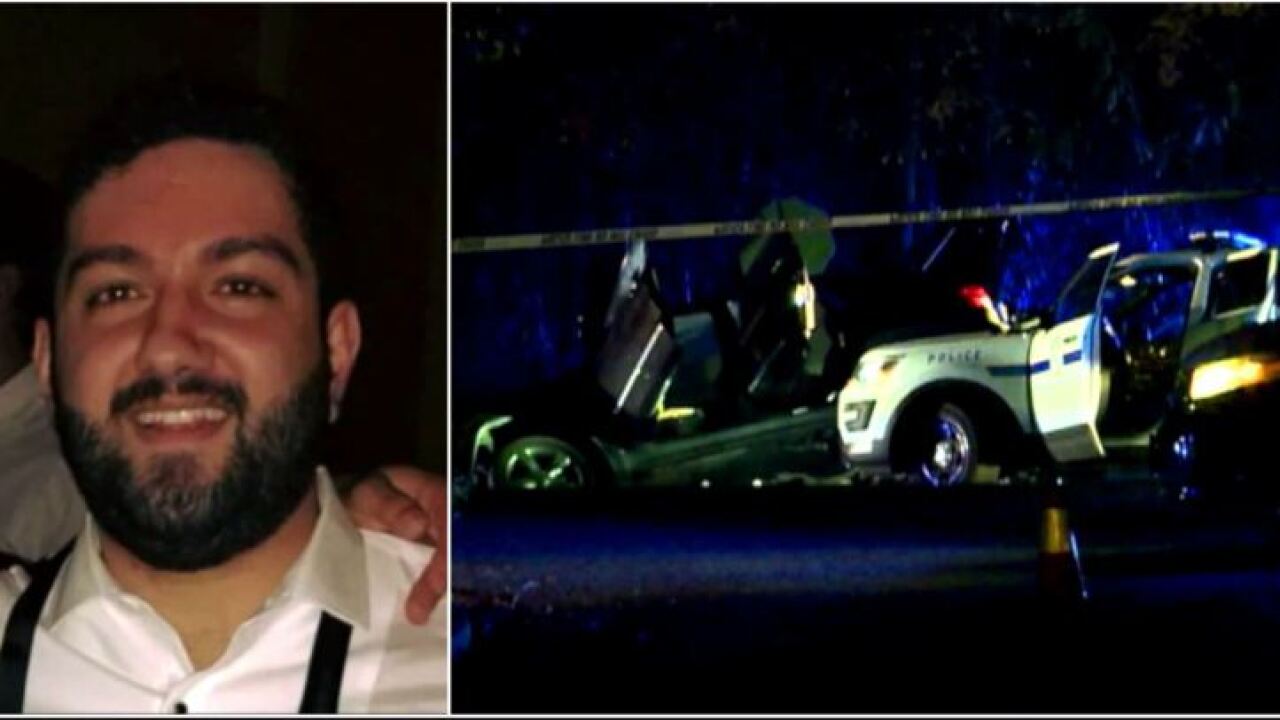 FAIRFAX COUNTY, Va. -- Friends and family of VCU graduate Bijan Ghaisar remembered the 25-year-old Northern Virginia man as a "kindhearted and genuine" person. They are confused as to why U.S. Park Police shot Ghaisar.

"He was always very nice, very kind, and a funny person," Amir Noorbakhsh said. "People are upset and angry. Everybody wants answers."

The shooting occurred as two U.S. Park Police officers were involved in a vehicle pursuit, according to the FBI.

Investigators said Ghaisar was wanted in connection to a hit-and-run in Alexandria.

The chase lasted several miles until Ghaisar’s Jeep Cherokee crashed into a ditch near the intersection of Fort Hunt Road and Alexandria Avenue in Fairfax.

Ghaisar’s family said their son, who was unarmed, was then shot three times in the head.

Noorbakhsh and Ghaisar attended Persian school together in Northern Virginia before separating to attend college.

"This doesn't sound like Bijan at all," Noorbaksh said. "To many in the Iranian community and to everyone as a whole, it was very shocking."

Ghaisar was a first-generation American-born citizen. He graduated from VCU in 2015 and had been working as an accountant at his family's firm in McLean.

Bijan Ghaiser was a Gamma Class initiate of the Lambda Chi Chapter of Pi Kappa Alpha initiated in the fall semester of 2011.

The chapter said in a statement:

"The Lambda Chi Chapter of Pi Kappa Alpha is truly saddened to hear the passing of Brother Bijan Ghasier. Our thoughts and prayers are with his family and friends as they grieve through this unthinkable time.  While we have no further information beyond what has already been released, we do know Bijan was an incredible brother to our chapter.  Brothers that knew him would say he was kindhearted and could always bring a smile to your face."

A fraternity brother remembered Ghaiser as an individual who everyone loved to be around.

"He was very involved within the community in Richmond and during his time at VCU. He was very passionate about human rights," Derek Abdelnour said. "My fellow friends and myself are searching for answers in this tragedy."

Authorities have not released information as to why U.S. Park Police fired weapons at Ghaisar.

“The reason for the murder of our son has yet to be determined, though no reasoning could possibly justify the actions of the one or more Park Police officers involved in this unthinkable act,” the family said in a statement.

“After being shot three times in the head in his car, he was declared with irreversible brain damage,” the family statement continued. “On the evening of Monday, November 27th, our beloved son passed, in the same hospital in which he was born 25 short years ago.”

The FBI has taken over what it considered an ongoing investigation. The agency has not yet elaborated on the status of the officers involved in the shooting.

The FBI asked anyone with information or video related to the initial hit-and-run crash or from the scene of the shooting to contact their tip line at 202-610-8737.

Here is the full statement from the Ghaisar family:

"On Friday, November 17th, our son, Bijan Ghaisar, was shot in the head three times in his car by the United States Park Police in Alexandria, Virginia. The reason for the murder of our son has yet to be determined, though no reasoning could possibly justify the actions of the one or more Park Police officers involved in this unthinkable act.

Bijan, a first-generation, American-born citizen of Iranian heritage, was peaceful and avidly anti-violence. He was unarmed. He presented no threat to anyone.

After being shot three times in the head in his car, he was declared with irreversible brain damage. On the evening of Monday, November 27th, our beloved son passed, in the same hospital in which he was born 25 short years ago.

Bijan was a 2010 graduate of Langley High School in McLean, Virginia. He graduated from Virginia Commonwealth University in 2015 with a B.S. in accounting. He was employed as an accountant.

Bijan was an upstanding citizen in his community. He was loved by all -- a kind and gentle soul.

We understand that the FBI is conducting an investigation into the actions of the Park Police officers involved in the shooting death of Bijan. We trust that the investigation will uncover what happened and permit justice for our son."