HAMPTON, Va. - Five Hampton Police officers have returned to Hampton Roads after providing aide in Puerto Rico in the wake of Hurricane Maria. 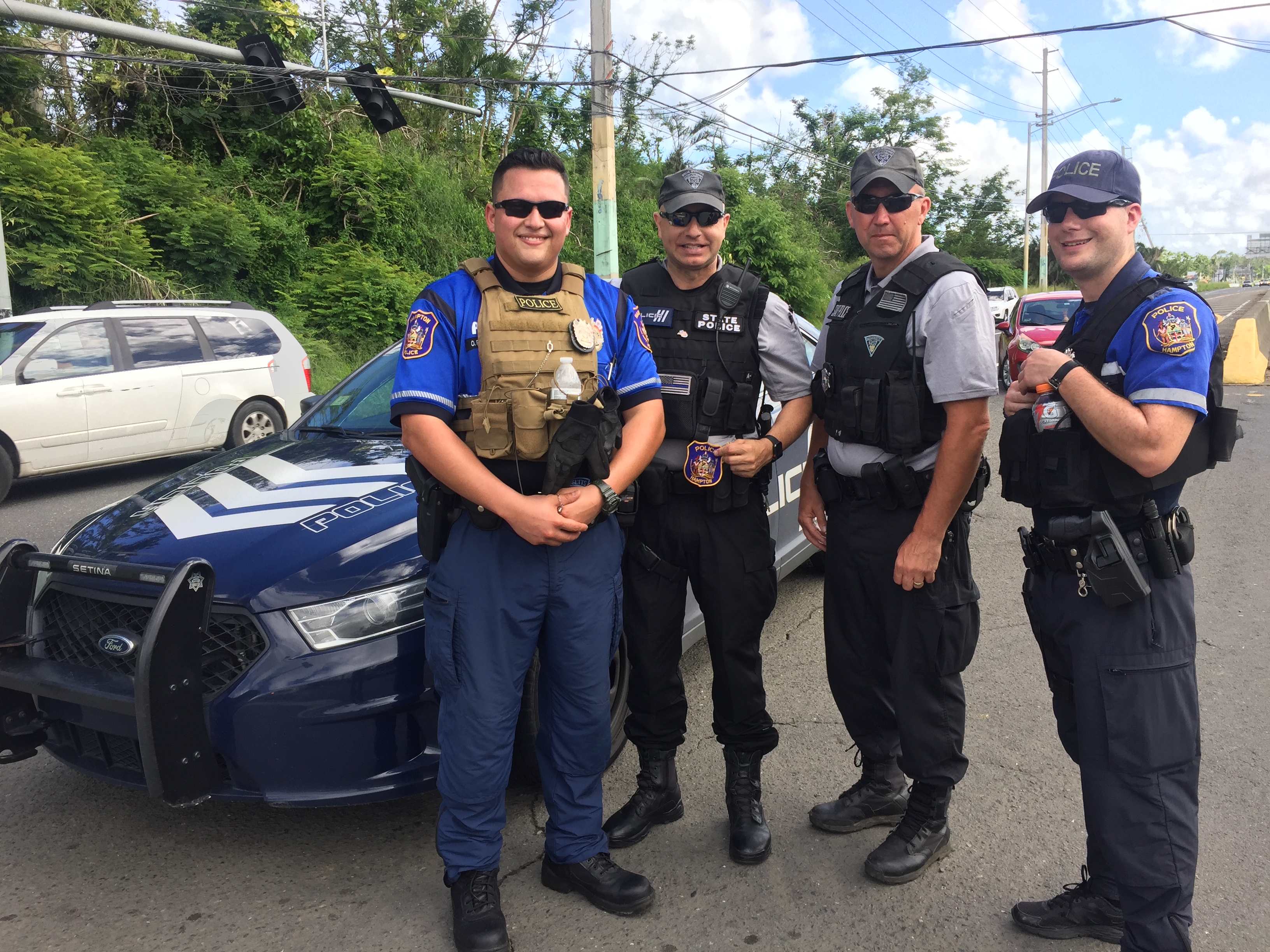 The trip was a personal one for Officer Feliciano. Three weeks after Hurricane Maria devastated Puerto Rico, Officer Feliciano was still unable to reach his father, something he said gave him immense anxiety. The opportunity to serve as a police officer in Puerto Rico also gave him a chance to surprise his father and check on his well-being.

He said his dad was “in awe” when he made his way into his home.

I’ll always remember this experience and I think this will be the highlight of my career” Master Police Officer Feliciano said.