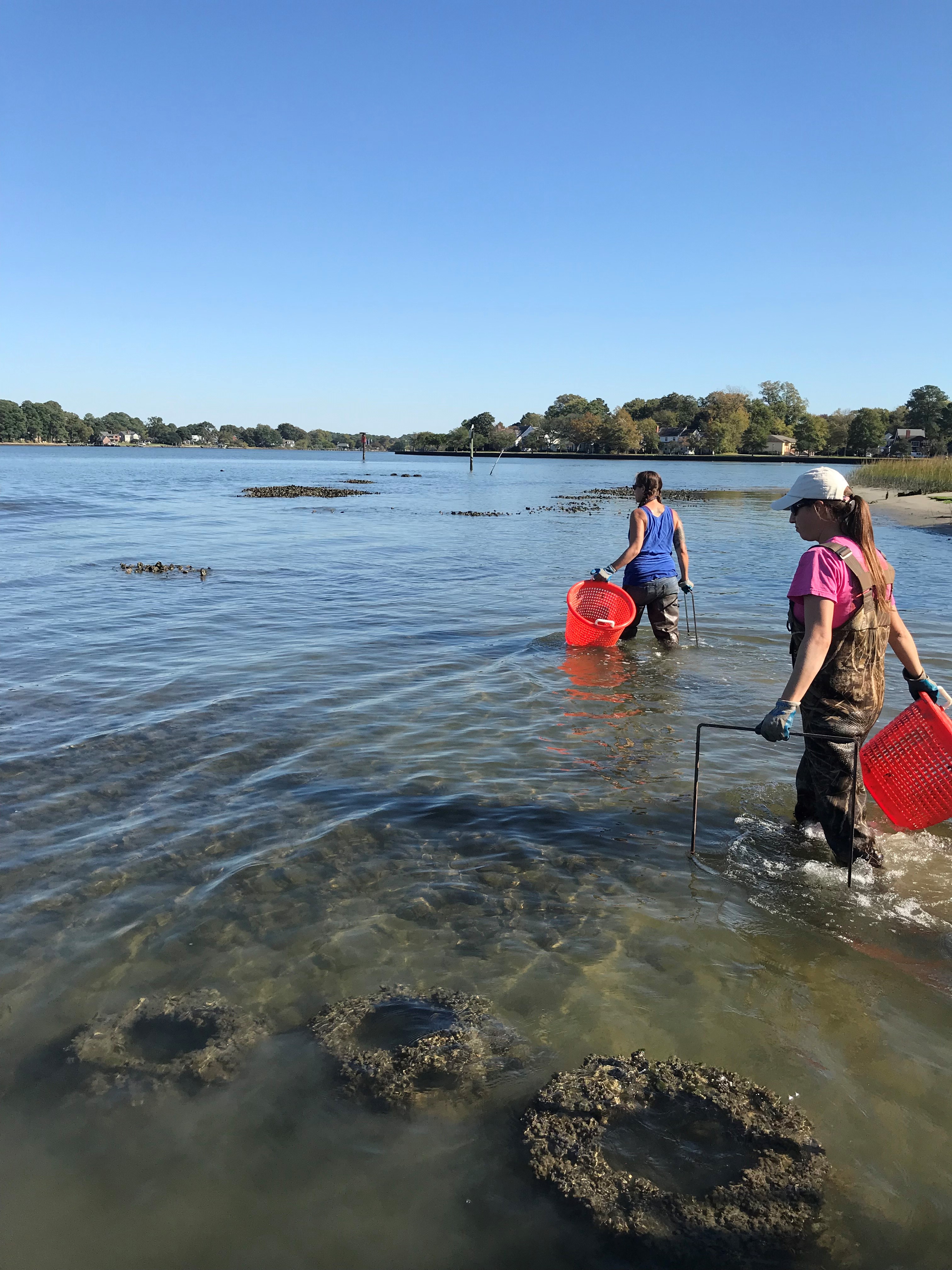 NORFOLK, Va. – Oyster reefs that were planted on the constructed reefs of the Lafayette River are thriving.

The Chesapeake Bay Foundation said that the recent oyster survey they completed shows a health oyster reef, which must have at least 50 oysters per square meter. These standards are set by the EPA’s Chesapeake Bay Program.

“It’s just amazing to see oysters growing so thickly, especially in an urban river that was polluted for decades. If oysters can come back in the Lafayette, they can come back anywhere they used to be in the Bay,” said CBF Virginia Oyster Restoration Manager Jackie Shannon. “This shows that all these years of planting oysters continues to pay off.”

The eight reefs in the Lafayette River were surveyed by the CBF in early November, and even found one reef to have as many as 152 oysters per square meter. The CBF said that they were also pleased to see that the oysters aslo met the standards of growth, which shows that they’re reproducing.

Oyster restoration efforts in the Lafayette River by CBF and ERP will continue in 2018 under a National Fish and Wildlife Foundation (NFWF) grant that supports the construction of 5.5 acres of new oyster reef.

The project is and has helped bring back oyster populations, which have been “decimated to to a tiny fraction of historic levels,” according to the Chesapeake Bay Foundation.

“This collaborative approach for restoring oyster reefs in the Lafayette has really paid off, and will result in the Lafayette River becoming the first tributary in Virginia to meet Bay-wide oyster goals,” said ERP Deputy Director of Restoration Joe Rieger.

CBF has planted about 40 million spat-on-shell oysters in the Lafayette River since 2010, as well as nearly 1,500 concrete reef balls that provide reef structure for oysters. The Lafayette River neared 75 acres of functioning oyster reef this year, just shy of its 80-acre target.

CBF is hopes that with the growth of oysters in the Lafayette River that more fish, crabs and other wild life will grow in numbers.

“Our restored reefs are full of oysters, provide fish habitat, and will continue to be enjoyed by future generations,” Said Deputy Director Rieger.