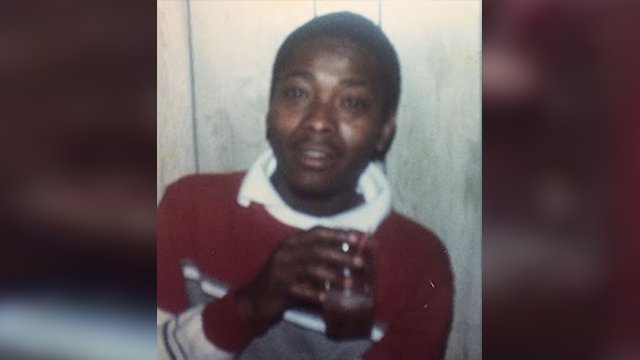 Two white men accused of killing a black man more than three decades ago will head to trial after a grand jury indicted them on numerous counts, including felony murder.

Timothy Coggins, 23, was found brutally stabbed to death on October 9, 1983, in Sunny Side, a town about 30 miles south of Atlanta. He had also been dragged behind a truck, authorities allege.

Last month, Franklin Gebhardt and William Moore Sr. were arrested in the 1983 slaying. Spalding County District Attorney Benjamin Coker told CNN they were angry that Coggins had been socializing with a white woman.

On Tuesday, the grand jury indicted them on charges of felony murder, aggravated assault and concealing a death. It’s unclear when their trials will begin.

In a probable cause hearing last week, Georgia Bureau of Investigation special agent Jared Coleman testified that witnesses claimed the suspects bragged about the crime for years.

Coleman testified Coggins had suffered numerous injuries at the time he was killed. He suffered five lacerations, 17 stab wounds and six slicing wounds, Coleman said, including several defensive injuries on his arms.

At one point, Gebhardt and Moore allegedly tied a chain to Coggins and dragged him down the road behind a truck.

A magistrate judge ruled last week there was enough evidence to send the case to a grand jury.

The 34-year-old cold case, which broke in October with the arrest of four men and a woman, was widely believed to be racially motivated, though no motive had previously been uncovered.

Gebhardt and Moore, based on interviews with witnesses, seemed to believe they were “doing the right thing” by killing Coggins, Coleman said, as if they were “protecting the white race from black people.”

One witness, Christopher Vaughn, was 10 years old when he heard Gebhardt admit, a few weeks after the killing, that he and Moore had stabbed Coggins “28 to 32 times,” Coleman said.

Gebhardt also threatened his wife, saying, “If you keep on, you’re going to wind up like that n***** in the ditch,” the GBI agent testified.

The suspects allegedly tried to intimidate witnesses, Coleman said. During one interview, Gebhardt told Coleman and a Spalding County deputy that if they provided Gebhardt with a list of people who were talking to investigators, he would “make them stop talking to us.”

Defense attorneys said after the probable cause hearing that it was going to be an arduous trial, given the time that has passed since the crime.

“We’re going to have to piece it together, and it’s going to be difficult to piece together 1983 again,” Martin Lee, Gebhardt’s defense attorney, said.

A key point of his defense will be challenging witnesses’ more than 30-year-old memories, he said.

“Mr. Coker knows it. He cannot win this case,” said Harry Charles, the defense attorney representing Moore. “His witnesses are the scum.”

Asked to elaborate, Charles indicated they were involved with drugs.

In addition to Gebhardt and Moore, two law enforcement officials — Gregory Huffman and Lamar Bunn — were charged with obstruction, along with Bunn’s mother, Sandra.

Lamar Bunn formerly worked for the Lamar County Sheriff’s Office and is now a part-time officer with the police department in Milner, about a 25-minute drive south of Sunny Side. He has been suspended without pay pending the outcome of the investigation, interim Milner Police Chief Michael Bailey said.