OUTER BANKS, N.C. – Tourist season may be over, but the Outer Banks is still attracting visitors!

A great white shark named Bruin was tracked off the coast of Cape Hatteras over the last few days.

Bruin was tagged and is tracked by research group Ocearch. He was originally tagged in August off the coast of Montauk, New York and this is his first trip south since being tagged. 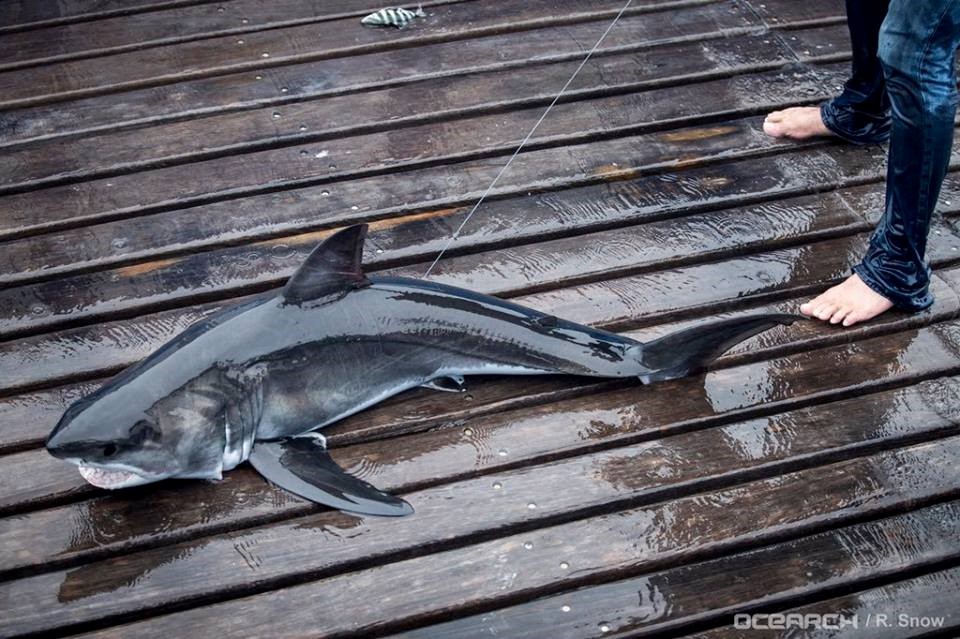 Great white sharks typically migrate south from New England in the colder months and feed along the way.

At the time he was tagged, Bruin was 5’5″ long and weighed 101 pounds. He was named for the students at the Brunswick school in Greenwitch, CT.