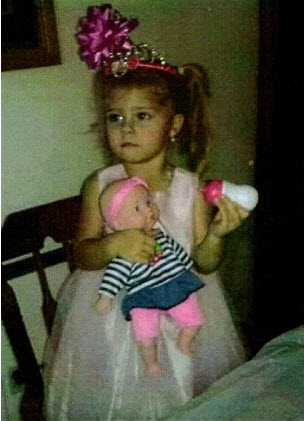 ONSLOW COUNTY, N.C. – The body that was found in a North Carolina creek last week is that of three-year-old Mariah Woods, the Onslow County District Attorney’s Office confirmed Wednesday.

According to FOX 8, the autopsy is finished and Woods’ remains have been released to her family. The results have not yet been released to the public, but they will determine exactly what happened to the child.

Woods was reported missing on November 27.  Earl Kimrey, the boyfriend of Mariah’s mother, was arrested and charged in connection to her death on December 2 after the body was found.