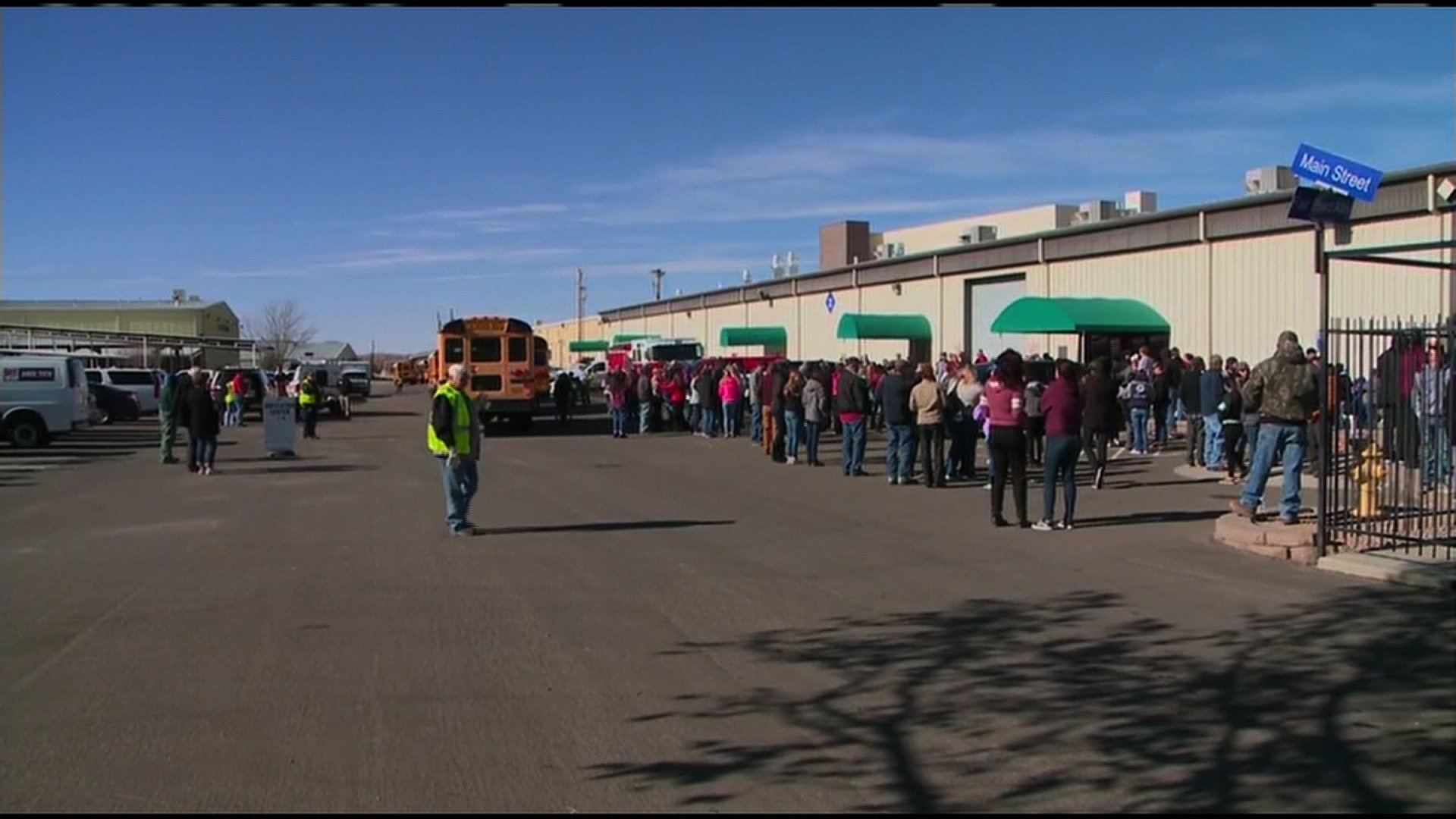 Two students were killed in a shooting Thursday at Aztec High School in Aztec, New Mexico, state police said on their verified Twitter account, and the suspected shooter is also dead.

There were no other injuries to other students or school faculty, officials said in a news conference Thursday afternoon. Officials said the shooter was a male but did not provide any other details, such as whether he was a student or a visitor.

Aztec Police received a call about the shooting about 8 a.m., officials said, and students were in class at the time.

Aztec, in San Juan County, is a small town in northwest New Mexico, about three hours from Albuquerque, and Farmington authorities assisted in the response to the shooting.

Officials were working on clearing the buildings before the shooter was reported down, according to San Juan County CEO Kim Carpenter.

The San Juan County Sheriff’s Office posted on Facebook that parents should pick up students at the police department.

New Mexico Gov. Susana Martinez said there were several acts of bravery from staff, teachers, students and police that saved lives and prevented the incident from becoming deadlier.

“All New Mexicans are with Aztec today,” she said.

‘This is all a horrible feeling’

Garrett Parker, a sophomore at Aztec High School, said he was in a classroom when students heard what they thought was someone punching the lockers. As the noise got louder and the suspect got closer to the classroom, they realized it was gunshots, he said.

The whole classroom had to hide until they were told by officials to walk out of the room toward the back of the building and toward the parking lot, Garrett said. They were then split into groups by alphabetical order of their last names and taken to a park to meet their families.

When Garrett and his classmates were walking out of the building they were told to not look to the right because there was a body lying there.

Sabrina Montoya, Garrett’s mother, said she was at work when a colleague came up to her and told her there had been a shooting at the school. She said she couldn’t believe what was happening and her heart stopped when Garrett was not answering his phone.

“I just can’t believe this happened in our community. This is all a horrible feeling. I’m glad my kids are safe and with us but I am devastated for my community and for the families who didn’t get the chance to take their kids home,” Montoya said.

US Sen. Martin Heinrich, a Democrat from New Mexico, said he was distraught to learn of the shooting.

“This is a parent’s biggest nightmare. Every child deserves to be safe at school,” he said.

Heinrich also called for action to address the “epidemic of gun violence” in America.

“All of us should feel an urgency to take concrete action to address this disease,” he said. “I can promise you that I refuse to give in to the feeling of helplessness that too often follows these events. No matter the odds, I will continue to seek common ground with my colleagues in order to keep firearms out of the hands of those who would turn them on our families, friends and neighbors.”