VIRGINIA BEACH, Va. – A Virginia State Police Trooper was involved in a crash on the Chesapeake Bay Bridge-Tunnel Thursday morning.

The crash occurred at approximately 7:36 a.m. in the southbound lanes, outside of the second tunnel.

Virginia State Police say the on-duty Trooper was driving southbound in his marked vehicle when a construction vehicle pulled into his lane of travel. The trooper could not move out of the way without hitting traffic head-on, which forced the Trooper to hit the construction vehicle from behind. . 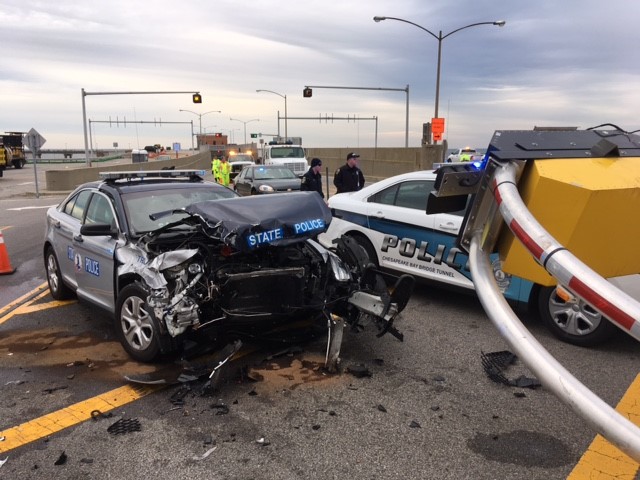 The crash caused extensive damage to the Trooper’s vehicle and he suffered minor injuries as a result. The Trooper was transported to Sentara Virginia Beach General Hospital for treatment.

The driver of the construction vehicle, 23-year-old Kyle A. Mapstone, was charged with failure to yield right of way.