NORFOLK, Va. – An investigation into claims of racially-motivated vandalism on the USS George H.W. Bush (CVN 77) has revealed that the alleged victim, a Sailor on board the ship, staged the incident himself.

The Sailor, who is not being identified, made a post on his Facebook account in November with several pictures of the alleged vandalism. The pictures show the Sailor’s rack on board the ship ripped apart, trash thrown around and racist words written in black marker across the walls and linens.

(Note: Racist words in the pictures we are sharing have been blurred)

“I am a United States sailor. I proudly serve the Navy and this is what I’m receiving in return. #SailorAskingForHelp things are getting out of hand. Please share. Somebody knows something. (Thank you all for your guidance)” 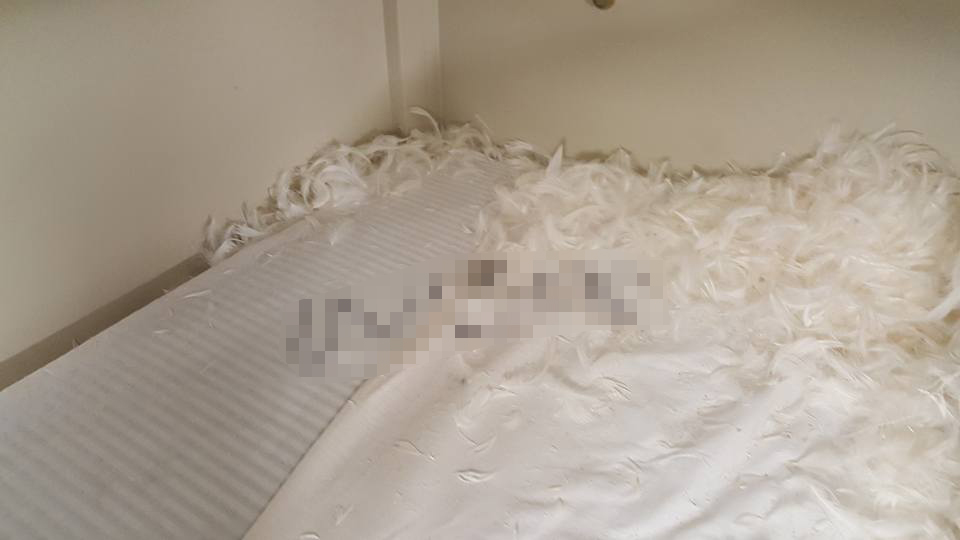 The Navy launched a Naval Criminal Investigative Service-supported command investigation into the claims, which were ultimately determined to be unfounded.

The Sailor has received appropriate administrative actions and additional counseling and training. He will remain a member of the crew of the USS George H.W. Bush and will continue to perform his military duties.

The Navy is using the situation to provide additional training to the crew and reemphasize that vandalism and racism will not be tolerated. It has also been reiterated to the crew that the chain of command has an open-door policy for reporting incidents like this.

“The United States Navy does not tolerate racial discrimination of any form and the well-being of our Sailors is our top priority,” a statement from the Navy reads.