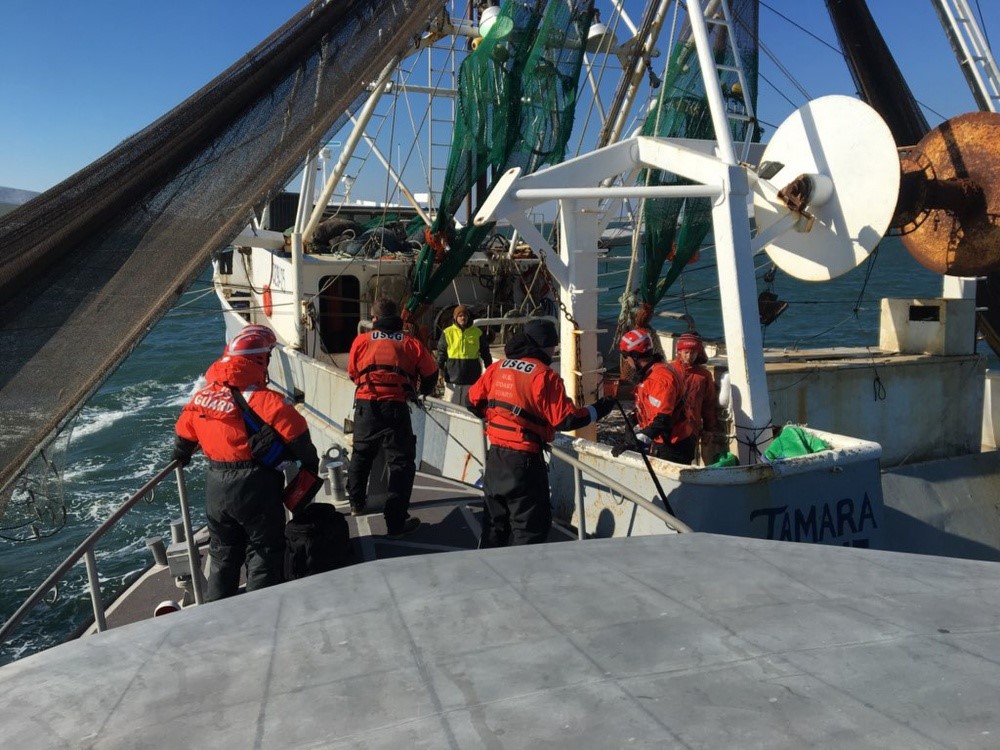 WILMINGTON, N.C. – Coast Guard members were able to safely medevac a 20-year-old man who had fallen while on a fishing boat Sunday.

Personnel from a Motor Life Boat Coast Guard crew launched to the 71-foot fishing boat Tamara Alane with a Dare County EMS team aboard to assist the young man.

Officials say that when Coast Guard members from Station Hatters responded, they were told that the man had fallen from a ladder on-board.

“This medevac was all about teamwork between our crew and the Dare County EMS team,” said Petty Officer 2nd Class Daniel Allen, situational unit watchstander for the case. “We are pleased we could work together with a local agency to help an injured person in a timely and safe manner.”

The condition of the man is not know as of this time. Coast Guard officials also did not say how the man had fallen from the ladder to begin with.