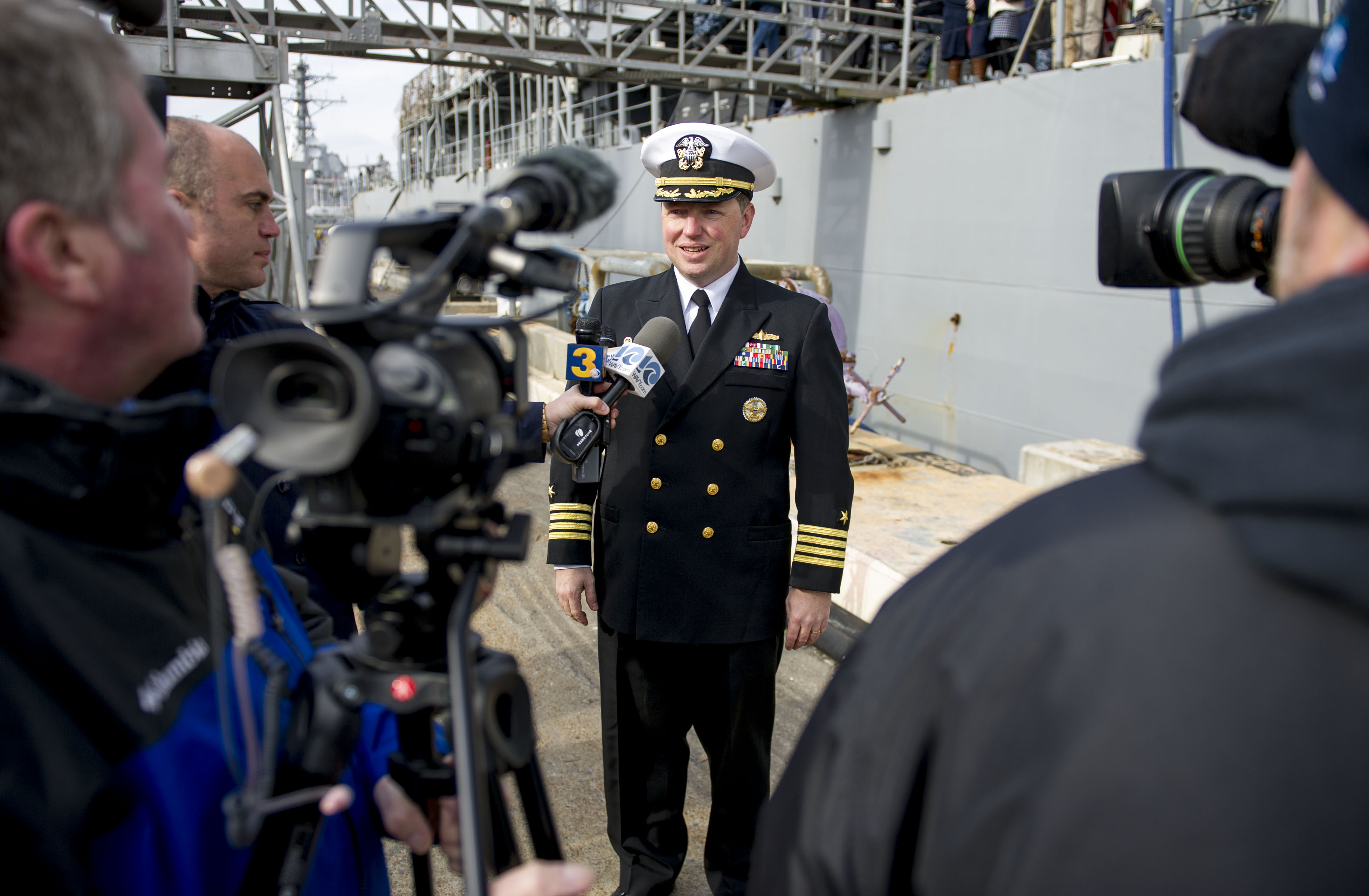 The USS Vella Gulf was on deployment to the U.S. 5th Fleet area of operation after leaving Norfolk on April 23. The focus of the Vella Gulf’s mission was to support maritime security operations in the Arabian Gulf.

“Despite the short amount of time on-board, I have learned a lot working with this team and the strike group,” said Ens. Alec Phillips, the ship’s gunnery officer, who reported to the ship halfway through deployment.  “The experience I have gained is something that I can take forward with me during the ship’s next deployment.”

“I am inspired by Vella Gulf Sailors every single day,” said Thompson. “It was a challenging work-up cycle and a long deployment that saw two unplanned extensions and very few liberty ports.  Throughout it all, the crew demonstrated incredible commitment and toughness; it was an honor to sail with them.

“I wish every American could be here on the pier today to celebrate the Sailors and their families who do so much to safeguard our freedom,” Thompson added.